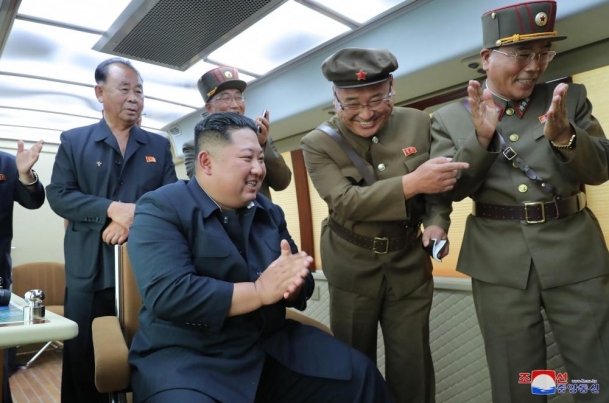 According to a report in the state-run Korean Central News Agency (KCNA), Kim attended the event titled, "Great Guidance", at the May Day Stadium in Pyongyang on Sunday.

Photos released by state-media outlets showed Kim and other attendants at the stadium without masks, reports Yonhap News Agency.

Also on Sunday, the North Korean leader held a photo session in front of the April 25 House of Culture in Pyongyang with those who participated in Saturday's military parade held at the Kim Il-sung Square to mark the founding anniversary, the KCNA report added.

Participants at the photo session included Ri Pyong-chol, vice chairman of the Central Committee of the Workers' Party, and Pak Jong-chon, chief of the General Staff of the Korean People's Army.- IANS