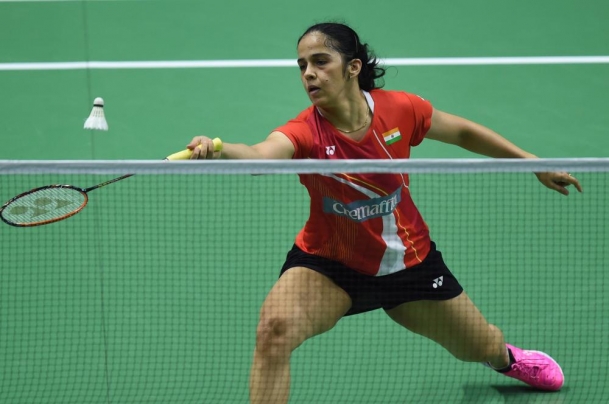 Saina Nehwal is currently concerned with maintaining fitness for competitions and tournaments next year and not thinking about the long road ahead of her to ensure a fourth appearance at the Olympic Games.

The 2012 London Olympics bronze medallist is currently ranked 22nd in the Badminton World Federation's (BWF) Race to Tokyo rankings and needs to be within the top 13 to seal qualification.

The 30-year-old former women's singles world No.1 is currently looking to get back to competitive badminton in January. "I have no plans as such," Saina told IANS in an exclusive interview, when asked about her plans to approach the qualification period next year.

"I am only trying to improve the fitness and [look after] my injuries during this period and would look forward to do well in competitions. I am not thinking much about qualifying for Olympics," she said.

Before the Covid-19 pandemic brought the badminton calendar to a halt, and eventually forced the postponement of the Olympics itself, Saina was in a race against time to confirm qualification to the quadrennial event. The freezing of the calendar, and eventually the BWF rankings, meant that Saina could stop and recuperate.

"I took a break probably for few weeks. I had some issues with my ankle and shins and I needed a proper break so it was good. Once I started back, obviously, I knew that it will take a few months to get back in shape as I need to progress slowly for my fitness. But it was fun. We also knew we had enough time before tournaments would happen," she said.

Saina was earlier expected to stage a comeback at the Denmark Open that is scheduled to start on October 13, before she became one of several high profile players to pull out of the Super 750 event. She was also in the Indian team for the Uber Cup that was to be held at the same venue from October 3 before the tournament was indefinitely postponed.

"In my case, I just didn't feel I need to go all the way for one tournament; also ranking points won't count towards Olympic qualification as of now, so I had a few reasons. Also, BWF left the decision to individual athletes to take a call, so they did the best they could," she said.

Saina and her husband and fellow badminton star Parupalli Kashyap are campaign ambassadors of Discovery Plus 'The Big Learning Festival'.

"Kashyap and I have always believed that it is important to develop learning as a habit which makes it an automated process and we start grasping things from even the smallest incident. The fact that we both are known faces to the Indian audiences is only going to increase the relatability," she said. - IANS