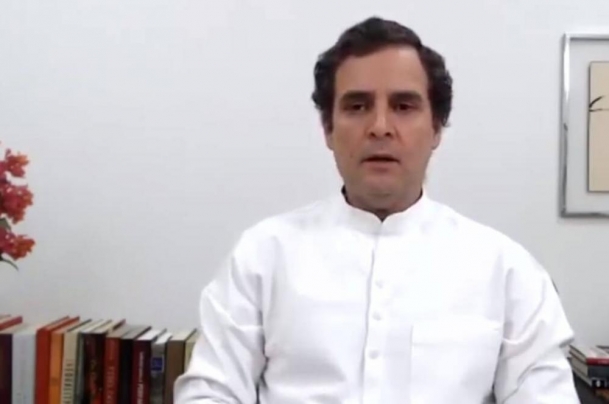 A battle is on between Prime Minister Narendra Modi and Congress leader Rahul Gandhi over a question of science.

The battle started after Rahul mocked PM Modi for suggesting in an interaction with CEO of a global wind energy whether water can be extracted from air through wind energy.

Both sides, BJP and Congress took to Twitter to attack and troll each other.

"The real danger to India isn't that our PM doesn't understand. It's the fact that nobody around him has the guts to tell him," Rahul said in a tweet attaching the video of PM Modi interacting with Henrik Anderson, President and CEO, Vestas.

Commerce and Industry Minister Piyush Goyal waded into the controversy slamming Rahul for being ignorant. "Nobody around Rahul Gandhi has the guts to tell him that he doesn't understand. He mocks PM @NarendraModi's ideas when CEO of the world's leading company endorses them."

Goyal went on to add a link from a foreign media house citing water extraction from wind.

BJP IT Cell Head, Amit Malviya called Rahul, an "Entitled Brat" and "Clueless". "There is no cure for ignorance and entitlement. Entitled brat Rahul thinks everyone around the world is as clueless as he is...

"He mocks PM's ideas when CEO of world's leading wind energy company terms them inspirational! Watch the last bit of the video he himself has posted."

Vestas CEO after hearing PM Modi had smiled and said that his ideas will challenge the company's scientists and invited PM Modi to visit the company in Denmark.

"Rahulji tomorrow morning please get up at night & read the two scientific papers that I have attached herewith. Though I'm sure you won't understand the complexity of the subject looking at the condition of your non functioning mental "Turbines"!!". - IANS