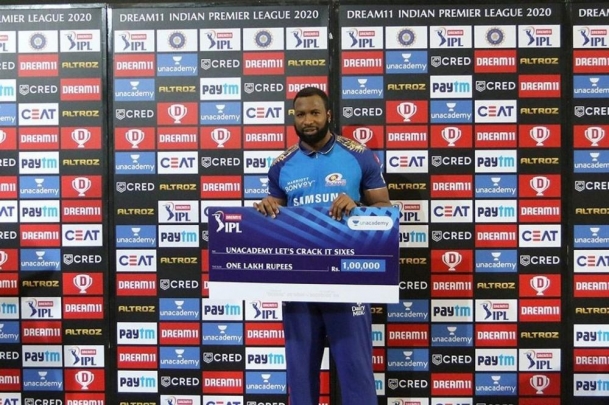 With market sentiments low and there being a big question mark over the staging of sporting events, big firms and companies have kept away from Indian Premier League.

Their disinterest has allowed startups to jump into the fray with four of the six major sponsors of the cash-rich league being startups and from the digital world.

Besides these four involved as major sponsors, 65% of the 120 firms sponsoring various franchise teams this year are from among the startups, a report in business magazine Forbes suggested.

After Vivo, that had paid a whopping Rs 2199 crore for five years (2019-2023) i.e. Rs 440 crore, pulled out as title sponsor earlier this year, gaming company Dream11, sensing an opportunity, bought the title rights for almost half the price at Rs 222 crore this year.

IPL's title sponsorship has usually been in the hands of big companies such as DLF, Pepsi and Vivo.

Dream11 are not the only startups to grab the chance. Edtech unicorn Unacademy and credit card payments company Cred have signed up as official sponsors for three years pledging Rs 130 crore. PayTM, which too is a relatively new company, is the fourth major sponsor from the digital world.

The other two in the central sponsorship pool are Tata Motors Altroz and Ceat Tyres.

Experts believe that digital startups have shown interest as most people are busy working from home and are spending plenty of time online.

Considering the early trends, the interest shown by people playing the Dream11 game on their smartphones has been high and the company has been largely successful in booking the slots for the nominal fee leading them to good returns.

According to the Forbes report, Trell, a digital sponsor of CSK, has seen a spike in users and engagement. Time spent on the platform has gone up by 25% per session since the IPL began. Downloads too have increased.

Unacademy's chief marketing officer Karan Shroff has been quoted by the media as saying that he is banking on IPL's mass appeal to build a stronger brand.

The Indian startup scene is considered to be among the largest in the world with the country ranking behind USA and China in the number of startups. More than 36 Indian startups are unicorn (i.e. companies with a valuation of $1bn). - IANS