﻿Stubble to be converted into biofuel; step to reduce pollution 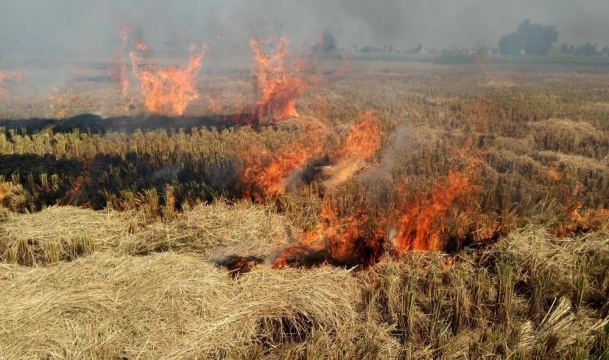 This year Delhi is likely to get a respite from the smog and may not suffer from the poor air quality. Chairman of the Environment Pollution (Prevention & Control) Authority (EPCA) Bhure Lal said the problem of stubble burning could be less as the system is mostly in place to purchase the stubble and convert it into biofuel.

Speaking over the phone, Bhure Lal said, "The farmers now can sell their ware products and earn money and also save the fertility of the soil."

Though he accepted that the magnitude of the problem was big as Punjab and Haryana produce about three crore tonne stubble every year.

He said in Punjab 97.5 MW electricity generation plant is in place and Bio CNG plants are being opened. A few of them are going to be functional in February, but he has asked them to start the purchase of the stubble.

While SAFAR on Monday has warned that Delhi's overall air quality has been in the moderate category, but is set to deteriorate further in the coming days, due to the stubble burning.

"A sharp increase in stubble burning fires observed yesterday (Sunday) around Punjab, Haryana, and neighbouring border regions and boundary layer wind direction is favourable for transport... as the ventilation coefficient decreases, stubble burning starts to impact Delhi in the coming days," the System of Air Quality and Weather Forecasting And Research (SAFAR) said.

It said there will be a "marginal improvement" in Delhi AQI on Tuesday. However, further AQI will "marginally deteriorate" and stay in the moderate category for the next two days.

According to the Central Pollution Control Board, Delhi's AQI at 3 p.m. on Monday was 176. The average PM 2.5 level was 105 microgrammes per cubic metre.

Stubble burning causes a smog-like situation in Delhi-NCR every year post autumn, creating a health hazard for its residents. - IANS