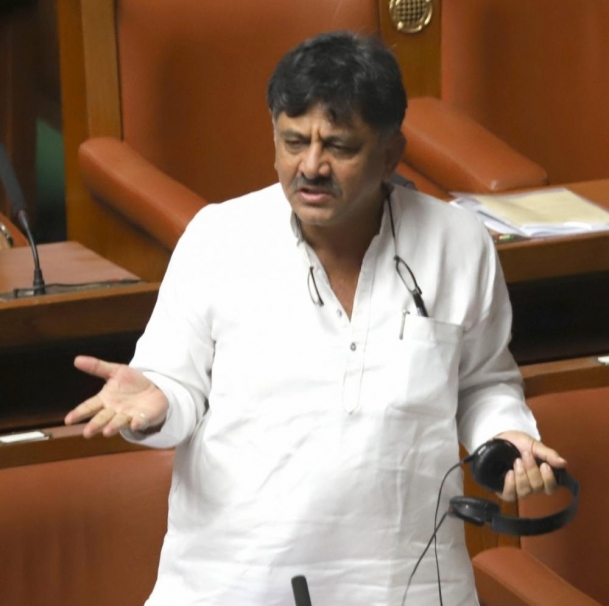 Close on the heels of the announcement of dates for by-elections for two assembly seats in Karnataka, the Central Bureau of Investigation (CBI) raided 14 locations associated with Karnataka Pradesh Congress Committee president D.K. Shivakumar and his brother Bengaluru Rural Lok Sabha MP, D.K. Suresh on Monday.

The CBI launched the raids at around 6 a.m. on Monday, and as the news spread, scores of supporters started gathering in front of his house.

The Congress leaders launched scathing attacks on the union government, with party General Secretary Randeeep Singh Surjewala terming it "raid raj" and former Karnataka Chief Minister Siddaramaiah terming it to be an effort by the BJP government at the Centre to derail the Congress party's preparations for the bypolls.

Taking to Twitter, Surjewala charged that "the insidious game of intimidation and machinations of Modi-Yeddyurappa duo being executed by a puppet CBI by raiding @DKShivakumar won't deter them... The CBI should be unearthing the layers of corruption in Yeddyurappa Govt".

He further added "Let Modi and Yeddyurappa governments and BJP's frontal organisations i.e CBI-ED-Income Tax know that Congress workers and leaders will not be cowed down nor bow down before such devious attempts."

"Our resolve to fight for people and expose BJP's maladministration only becomes stronger," Surejewala added.

Last year in September, the Karnataka Congress chief was arrested by the Enforcement Directorate, based on a charge sheet filed by the Income Tax Department against him.

Meanwhile, Shivakumar's mother, Gowramma said that the central agencies appeared to have developed a lot of affection towards her sons, and wished the probe agencies all the best in their efforts as the CBI raided multiple locations connected with DKS and his brother.

Speaking to reporters in Kanakapura on the outskirts of Bengaluru, Gowramma said, "They have been raiding him for many times. This is just another raid. Nothing to worry about it. He has deposed before central agencies on earlier occasions also. Hence, no worries for us."

"As a mother I can only request one thing, let them feed my sons on-time and allow them to take their medicines.

"For a mother for my age, I cannot ask for more," she said as she got emotional and added that if the central agencies wanted to take her they could.

She said she was not worried about such things anymore. "This is yet another test by the almighty, which might be testing us rigorously. Our family faces it chin up and by the grace of almighty, we will come out clean," she added.

Another of Shivakumar's kin, Congress MLC, S. Ravi said the family had anticipated the raids for the last one week.

"We knew it, when we started preparations for elections to two assembly seats. "This is not a new thing. If the CBI is raiding on the basis of Directorate of Enforcement (ED), then it is well and good. Because, we have submitted all required documents to them when they had raided us. I doubt if the CBI can find new angle to this case," he added. - IANS