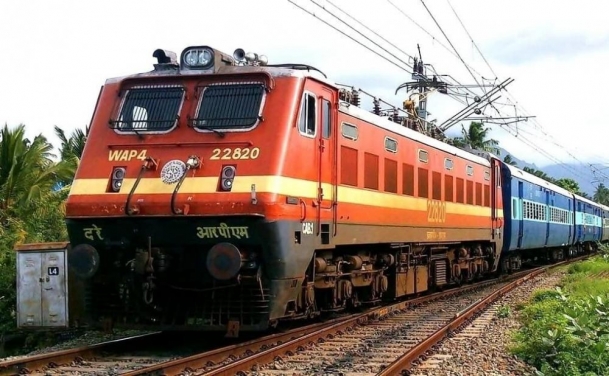 In India, trains and buses contribute to more than 95 percent of intercity mobility, and are the default choice for Indian travelers. While the Indian railways is the widely popular mode of transportation, for the common man, buses have emerged as either an alternative on routes having 700 kms distance or contribute as last mile connectivity.

It is interesting to note that as per Statista's data, the railway network transported over 23 million passengers every day, and over 8 billion people travelled by rail in the year 2019. In India, railways are considered the most popular and convenient modes of transport for traveling within the country especially for long distance routes. Although in terms of sheer scale, the Indian railways boasts of a massive network, but it still falls short for a country of this size.

In parallel, constant improvements to the infrastructure has allowed for the expansion of India's intercity bus network. It varies across regions of India where southern states primarily depend on intercity buses for intercity mobility, western region has a balanced share and north and east are expanding rapidly. The intercity busses cater to over 30 million travelers on a daily basis.

Since India is the second-largest country in terms of population, the challenge in getting a waitlisted train ticket confirmation is a humongous task. While this is one challenge, there also lies an opportunity for the transport industry to focus on the upliftment of the intercity bus segment and make that a comparable alternative.

There is a greater need to provide the customers with an equally reliable, if not better, alternate for intercity mobility in the form of buses. Intercity buses dominate short distance travel in various parts of the country and this approach will help expand 400-800 kilometres long routes. It is also important to highlight that across all routes in India, there is a 65 percent overlap where both trains and buses run, and in India, it is extremely important to have a multimodal approach.

With an increasing population, worsening traffic congestion and shifting focus on public transportation, the bus segment in India is poised for substantial growth. As per the industry representatives and analysts, the sector is yet to reach its full potential and the current scenario in India's automobile market offers it the chance to do so.

During the current COVID situation, the Indian citizens have had to experience a life without trains (and buses) for such an extended period of time. Non-movement of trains during the lockdown not only adversely affected the mobility, but also the common people and the nation's overall economic growth. The overall paranoia following the COVID related lockdown has also contributed towards the change in perception of the Indian travelers towards the transportation industry.

According to a recent survey conducted by IntrCity RailYatri, a significant change was noticed in the travelling habits of the passengers. Hygiene and sanitization have become the biggest criteria for the travelers while travelling itself is now largely dependent on the need to travel.

The economic impact of the year 2020 and 2021 will continue to reflect on the transportation sector, including Indian Railways and the intercity bus segment. However, as it is said, it often takes a crisis to seize opportunities and rework on the 10 years strategy, get some changes in the system and utilize the time to improve the infrastructure. Urban development and transport infrastructure are the two segments of the Indian infrastructure sector that present the best opportunities. If instead of just looking at both the rail and intercity bus business separately, we work in sync, the future of the transport industry is bright.

Products like the IntrCity SmartBus that have adopted their practices in accordance with the new normal are likely to earn the trust of the Indian traveler. Simple value-added services like contactless service and dedicated waiting areas will continue to be game-changers in the industry. While the private players play a crucial role in furthering the transport sector, but with the support of the Indian government, the sector can further push the envelope and grow multifold. From foreign investment to continue funding the rail and bus connectivity projects, improving and providing more regulatory clarity, reducing execution risk through policy reform and constant support to the transport startup companies.