﻿IMA criticises Centre for inappropriate medical reforms amid a pandemic 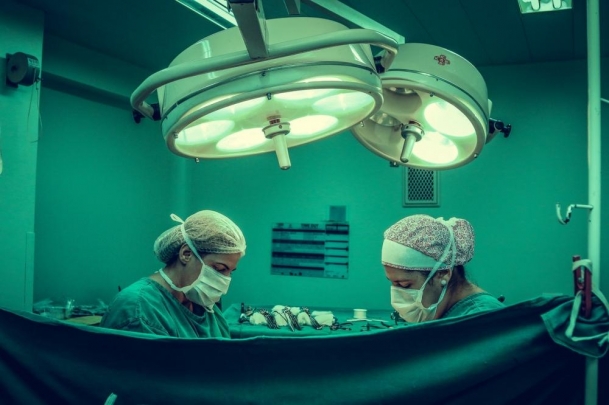 The Indian Medical Association (IMA) has called out the Centre for responding inappropriately to the pandemic on Thursday. In a strongly-worded statement, the national body of doctors has condemned the series of reforms in medical education the Centre has pushed recently.

The IMA has alleged that concerns of the profession and people were brushed aside while enacting the National Medical Council Act 2019.

They also referred to clause 32 of National Medical Commission (NMC) Act, 2019, as a "crime against humanity," which entitles all healthcare practitioners license to practice medicine in primary care.

As per IMA, it will jeopardise the lives of the patients."This single clause (32 of NMC Act) will cost India millions of lives as it will allow half and partially trained non medical persons to treat patients, the IMA said.

"The community health providers are an assorted group of persons connected with the modern scientific medical profession. They can be anyone from laboratory technicians to optometrists. The NMC will provide them a licence to practice medicine in primary care. This will include a wide range of diseases and maternity. If they are overseen by other Community Health Providers, they can practice inside ICUs, Critical Care, Operation theatres, emergencies, Labour rooms, and anywhere in the secondary and critical care. This single clause 32 will cost India millions of lives. Letting loose half and partially trained non-medical persons to treat patients is a crime against humanity," it explained.

The IMA also condemned the centre's ambitious 'one nation one system' policy in medical education and called it a cocktail of disaster.

"The Government is alleged to have favoured 'one nation one system' which is a cocktail for disaster. The National Educational Policy will enable a mix all systems of medicine and produce Hybrid doctors. In effect, doctors of modern medicine as existing today will cease to exist in a decade. The nation will produce only Hybrid doctors of questionable repute," it said.

Besides, the IMA also shared its concern on the National Commission for Allied and Healthcare Professions Bill, 2020, which allows assorted paramedics to practice medicine independently. "It is the final nail in the coffin," it commented.

"What the Government has in store for the nation is a lytic cocktail of mixing all systems (mixopathy) allowing all systems to practise modern medicine (crosspathy) allowing unqualified non-medical persons entry into medical register and legitimising their practise in primary, secondary and tertiary care hospitals ( official quackery) as well as allowing paramedics to become medics. Modern medicine as a science will be extinct in India by 2030," the IMA said.

The apex body of doctors criticised that the Centre's "inappropriate" response to the pandemic has come at a time when modern medicine has stood tall in the face of a pandemic, and its doctors have saved millions of lives to contain the Case Fatality rate at 1.7%. "Their (government's) own statistics show that 96% of patients prefer modern medicine," the IMA added.

The IMA also resolved to resist the latest moves by the Centre. "We resolve to resist these ill-conceived moves. Dignity and Honour of the medical profession are not for barter. The doctors and the medical students of India will jointly resist these serious infringes on the health of the nation in the name of people of India," the apex medical association said.

Last week, through a gazette notification, the centre dissolved the Medical Council of India and formed NMC to function as the country's apex regulatory body of medical education and profession. - IANS