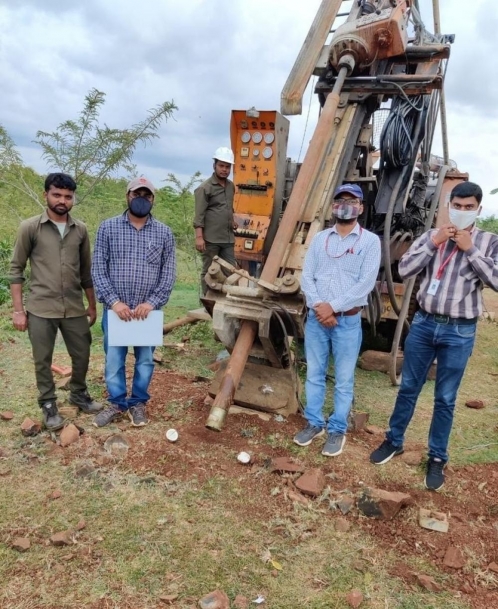 After nearly two decades of its closure, Bharat Gold Mines Limited (BGML) in the Kolar Gold Field (KGF) again saw a ray of hope for its revival with Union Minister for Coal, Mines and Parliamentary Affairs Pralhad Joshi directing the Mineral Exploration Corporation Limited (MECL) to start exploration work in these mines.

Nearly 100 km from Bengaluru, KGF is a town known for gold mining for more than a century. The mines were closed on February 28, 2001 due to the fall in gold prices. The pyroclastic and pillow lava at Kolar Gold Fields have been declared a National Geological Monument by the Geological Survey of India (GSI) for their protection, maintenance and encouragement of geo-tourism.

Joshi took to Twitter to announce this decision on Monday, saying,"Happy to convey that exploratory drilling at Betrayaswamy block of Kolar Gold Fields commenced today (Monday)."

He also shared photographs on Twitter of the commencement of the activities. Joshi said the mining would help resolve Bharat Gold Mines Limited (BGML) issue over exploration in KGF that has been pending for the last 16 years.

The exploration started after Joshi's meeting with Karnataka Chief Minister B. S. Yediyurappa on August 28.

Joshi said he had directed MECL to carry out immediate exploration in the mining lease area of BGML after meeting Yediyurappa.

In the meeting, Yediyurappa and Joshi had also decided that either the high-value minerals at BGML are explored or handed over to the Industries department for setting up an industrial cluster to start large-scale economic activities there.

One of India's first power-generation units in Shivanasamudra, which is 100 km from Bengaluru's Mandya district, was built in 1889 to support mining operations. To its credit the mine complex hosted some particle physics experiments between the 1960s and 1992.

The Kolar gold mines were nationalised in 1956 and provided over 900 tonne gold until it was shut. Mining operations were closed by the Union government on February 28, 2001 for environmental and economic reasons citing production did not justify the investment. - IANS