﻿Telangana to develop Hyderabad's infrastructure for next 30 years 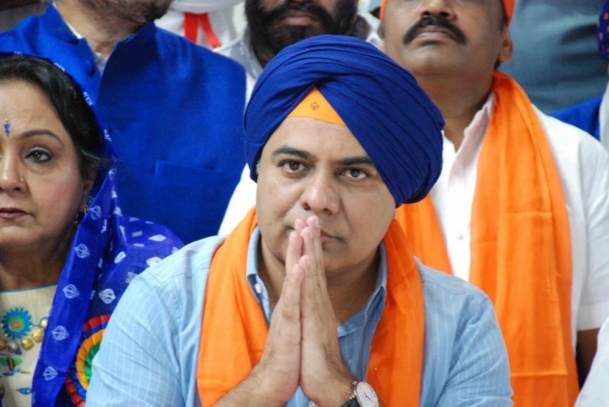 The Telangana government will soon launch works to create infrastructure in Hyderabad to take care of the city's growth requirement for the next 30 years.

The minister also claimed that the government has already addressed over 90 per cent of the water issues in Hyderabad.

"Also soon launching infra works for the next 30 years of growth and needed water requirement of Hyderabad, including dedicated drinking water reservoirs and interlinked grid of Godavari and Krishna water," tweeted KTR, as the minister is popularly known.

"The speed of your response gives me even more hope for the future of the city," replied Anand Mahindra, who is quite active over social media.

The friendly banter between the two started with the top industrialist taking to Twitter to hail Hyderabad for being ranked as the best city to live and work in India in a survey by Holidify.com

"Not surprising. More power to the city & all those who live there. We are especially delighted because the city is home to Mahindra University and we plan to grow & flourish & attract the best minds from around the world," wrote Mahindra.

The netizens reacted to his tweets, highlighting various issues. One of them wrote about the water problem in the city. The Twitter user commented that water is the only problem. He pointed that in some areas people have dug borewells up to a depth ofA2000 feet.

Anand Mahindra drew KTRS attention towards this problem with another tweet.

"If you can solve the water problem he's alluding to, you will have given us a city we can all love."

The minister, who is son of Chief Minister K, Chandrasekhar Rao, was quick to respond, for which he earned praise from Mahindra. - IANS