My son never interfered in my work: Yediyurappa 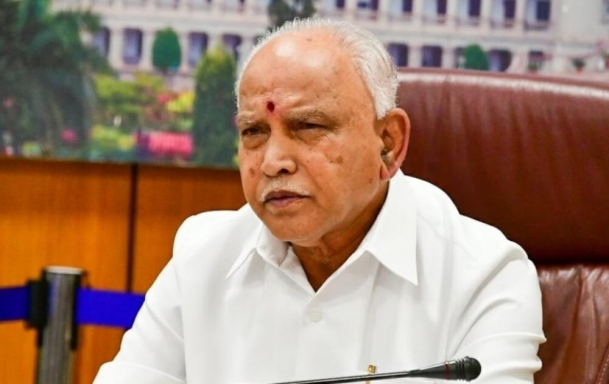 Seemingly irked over his son B.Y. Vijayendra being often branded as 'Super CM' by the Opposition and from within his own party, Karnataka Chief Minister B.S. Yediyurappa on Friday sought to clarify that he sees a "systematic conspiracy" behind levelling such allegations against his son.

Speaking to reporters after laying the foundation for the reconstruction of Karnataka Bhavan-1 Cauvery at an estimated cost of Rs 120 crore in New Delhi, he said that his son's name was being unnecessarily dragged to malign him and create confusion.

"It is natural that people will have disliking for someone who is growing as a leader. I can vouch for the fact that he (Vijayendra) has not interfered in my administration at any given point of time," the Chief Minister said.

Yediyurappa claimed that as the state (BJP) unit Vice President, Vijayendra was doing his duty by travelling across the state to strengthen the party. "Meeting people cannot be construed as interfering in the administration," he shot back.

Following Siddaramaiah's charges, the Karnataka Congress has taken to Twitter to take potshots at Vijayendra for allegedly holding a meeting with medical officials and sought to know who gave him the power for such an interaction when he did not hold any constitutional position.

Murmurs are also growing within the ruling BJP over alleged administrative interference of Vijayendra ever since the BJP came to power last year, a charge often rejected by Yediyurappa. - IANS