﻿Nearly 1.5 cr UP labourers to get free religious trips 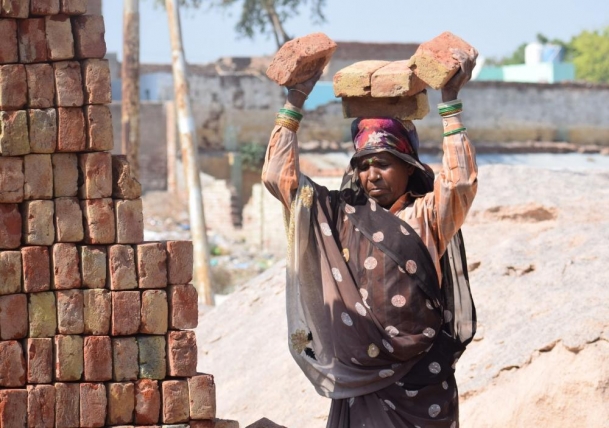 The Uttar Pradesh government is planning to take nearly 1.5 crore labourers, employed in about 6.5 lakh commercial establishments and 20,500 factories and workshops in the state, on government funded religious trips.

The scheme is likely to be announced by Chief minister Yogi Adityanath on November 10, the birth anniversary of Dattopant Thengadi, RSS ideologue who founded the Bhartiya Mazdoor Sangh (BMS), a trade union organisation which acts as a pressure group to enforce pro-labour policies.

According to the UP labour welfare board chairman, Sunil Bharala, the scheme would be named after Swami Vivekananda and would be the first of its kind.

"It is aimed at ensuring that labourers not only get time off from their daily grind but are also able to acquaint themselves with the country's rich cultural and religious diversity. To my mind, there is no such scheme anywhere that allows labourers free travel and stay," Bharala said.

This, incidentally, is among the three schemes that the board is currently working on -- the other two being a scheme to encourage the children of labourers to take to sporting activities and another one that would seek to fund the cost of textbooks for the meritorious poor.

Bharala said, "All of our schemes would be named after great personalities. For instance, the religious tourism scheme could be named after Swami Vivekananda, the textbook one after great litterateur Mahadevi Verma and the sporting one could be after late former India cricketer and UP minister Chetan Chauhan, or late VHP leader Ashok Singhal or former RSS chief Rajju Bhaiyya."

The initiative comes in the backdrop of RSS chief Mohan Bhagwat's recent Lucknow visit, during which he called upon the cadres to focus on migrants and labourers in urban areas, farmers in rural areas and the environment.

The board is also preparing a database of all labourers employed in various commercial outlets and factories.

"We have set up a committee for the purpose. Once it is done, we will have complete details of which labourer from which area is working in which outlet or factory, their academic qualifications or inclinations, their skill sets. The information would help in identifying talent from the pool and engaging them in tasks that were more suited to their individual requirements," he added. - IANS