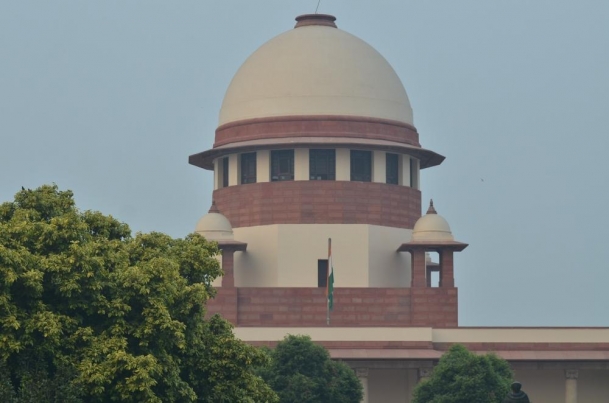 The Supreme Court on Thursday declined to entertain submissions by a lawyer pressing for a contempt against the editor of Sudarshan News for an alleged tweet against the court, which has stayed the broadcast of the subsequent five episodes of "UPSC Jehad". The top court had said the intent and purpose of the programme is to vilify the Muslim community.

Senior advocate Anoop G Chaudhary, representing the petitioner Firoz Iqbal, submitted that he wants to press for a contempt against the Editor-in-Chief of Sudarshan News for his tweet after the court stopped the broadcast of a show on the news channel. Chaudhary contended before a bench headed by Justice D.Y. Chandrachud and comprising Justices K.M. Joseph and Indu Malhotra to initiate contempt proceedings for the "contemptuous" tweet against the top court. Justice Chandrachud replied: "If he has said something silly, we will ignore it."

The bench scheduled the matter for further hearing on Friday at 12 noon, which is subject to the administrative order of the Chief Justice, as this bench is not sitting tomorrow. Senior advocate Shyam Divan, representing Sudarshan TV, contended before the bench his client has filed a counter affidavit, where it provided details of the alleged foreign funding, by Zakat Foundation of India, to justify its programme alleging conspiracy to infiltrate Muslims into the Indian Civil Services. "I am doing investigative journalism. I feel it is my duty to awaken the citizens and the Government about anti-national and anti-social activities and the modus operandi", said Suresh Chavhanke, the Editor-in-Chief of Sudarshan News.

The editor in the affidavit said there is no statement or message in the four episodes broadcast that members of a particular community should not join the Union Public Service Commission (UPSC). He insisted that the UPSC is an open competitive examination and members of every community may participate in the entrance examination and qualify. "The thrust of the programme is that there appears to be a conspiracy which needs to be investigated by NIA or CBI", he added.

He submitted before the court that the word "UPSC Jehad" was used because it has come to the knowledge through various sources that Zakat Foundation has received funds from various terror-linked organisations. "It is not that all contributors to the Zakat Foundation are terror-linked. However, some of the contributors are linked to organisations or are organizations that fund extremist groups. The funds received by the Zakat Foundation, in turn, are used to support aspirants for IAS, IPS or UPSC", said the affidavit. - IANS