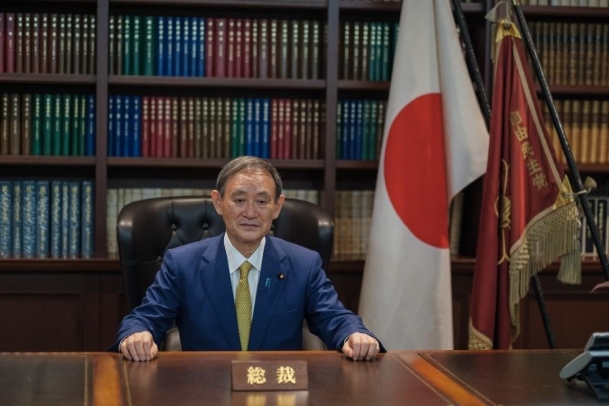 Yoshihide Suga, the new leader of Japan's ruling Liberal Democratic Party, was elected as the new Prime Minister to succeed Shinzo Abe in an extraordinary parliamentary session on Wednesday.

Suga has been chosen as Japan's 99th Premier in the Diet.

The political transition comes after Abe Shinzo's surprise announcement last month, that he would step down to deal with health issues. Suga won a commanding victory in Monday's vote for the leader of the main ruling Liberal Democratic Party (LDP) , reports NHK.

He's well known to Japanese as the voice of their longest-serving government, acting as Abe's Chief Cabinet Secretary for more than seven years.

Later in the day, Suga will announce the members of his new cabinet before being formally inaugurated at a ceremony at the Imperial Palace.

At the age of 71, Suga will be the oldest Prime Minister to take office since Kiichi Miyazawa in 1991. His premiership will last through the remainder of Abe's term as LDP leader until September 2021, Xinhua news agency reported.

In the run-up to his inauguration, Suga said he would continue to promote Abe's policies, including his "Abenomics" of aggressive monetary easing, fiscal stimulus and structural reforms, to breathe life back into the recession-hit Japanese economy.

Suga will also continue the fight against the Covid-19 pandemic, utilising the 230 trillion yen (2.2 trillion US dollar) package allocated for tackling the disease. - IANS