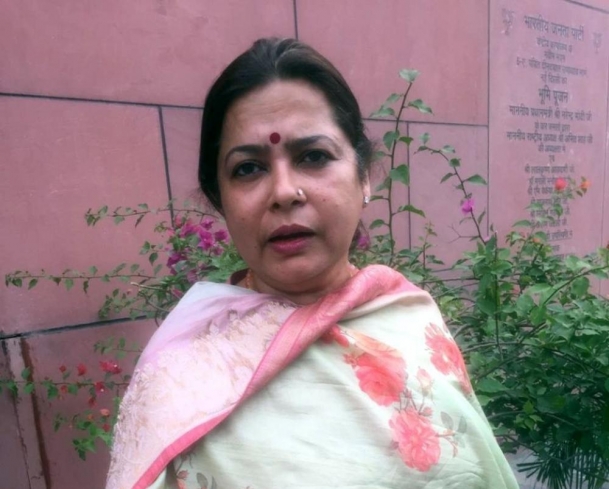 Bharatiya Janata Party's (BJP) Meenakshi Lekhi, Anant Kumar Hegde and Parvesh Sahib Singh Verma are among 17 Member of Parliament (MPs) who have tested positive for coronavirus in the mandatory tests conducted before the Monsoon Session of Parliament which began on Monday.

As many as 12 MPs from the BJP the most from any party in Lok Sabha, were found infected with the disease during the test followed by the YSR Congress's two MPs and one each of the DMK, the Shiv Sena and the RLP.

The Lok Sabha members were tested at the Parliament House on September 13 and 14-- a during a mandatory test for those attending this year's Monsoon Session which will end on October 1.

BJP MP Sukanta Majumdar in a tweet on Sunday morning declared he had tested Covid-19 positive.

"I am doing well and taking doctors' advice. Requesting all those who have come in close contact with me in the last few days to monitor their health and get tested in case of any symptoms," Majumdar tweeted.

Earlier, at least seven Union Ministers and around 25 MPs and MLAs had contracted the disease. Among them were Union Home Minister Amit Shah, who underwent a thorough medical examination at All India Institute of Medical Sciences (AIIMS) before the parliament session started.

An MP and several MLAS have died from the highly-infectious pandemic.

The Monsoon Session of parliament this time is being held with large-scale safety protocols in place that include staggered seating of MPs in chambers of both Houses to maintain physical distancing.

In a first-of-its-kind initiative, the MPs this time registered their attendance using the 'Attendance Register' App: a step forward in digitalising operations at the Parliament. - IANS