﻿More trouble for suspended IPS as man who accused him dies 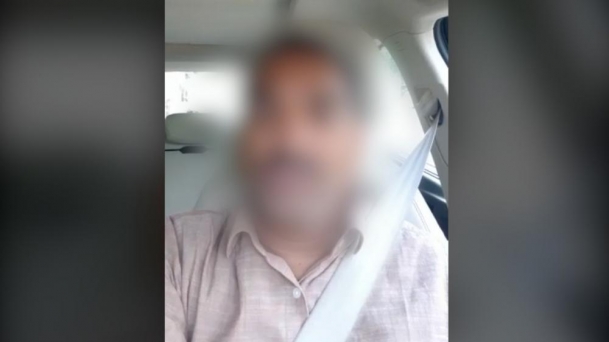 As the crusher dealer Indrakant Tripathi who had levelled allegation of corruption against suspended Mahoba SP Mani Lal Patidar, and was shot at on September 8, succumbed to his injuries at a Kanpur hospital.

Tripathi's demise may cause more trouble for Patidar. The crusher dealer died on Sunday night.

The suspended IPS officer, Mani Lal Patidar, a 2014 batch IPS officer, and several others who were booked for attempt to murder by Mahoba police late on Friday evening in this case, will now face the murder charge.

Patidar was Mahoba police chief till Wednesday but was suspended by Chief Minister Yogi Adityanath on charges of corruption.

Tripathi was shot in the neck while he was returning home from Banda road on September 8. He was later taken to district hospital from where doctors referred him to Regency Hospital in Kanpur Nagar, where he succumbed to his injuries.

Tripathi had been on a ventilator for the past two days.

His brother Ravi Kant lodged the FIR charging the IPS officer with the attempt to murder on Friday.

Tripathi was shot a day after he released a video in which he accused Patidar was seeking bribe for allowing him to run his business of stone crusher.

Others booked along with Patidar on Friday are a suspended inspector, Devendra Shukla, trader Suresh Soni and some unidentified cops.

Ravi Kant said in his FIR that his brother was a licence holder for carrying out crushing works in the district. But Patidar had been illegally demanding Rs 6 lakh for running vehicles engaged in transportation of stone chips.

"When his demand was not met, vehicle owners were harassed through the suspended SHO, Kabrai, Devendra Shukla," the FIR said.

He also stated in the FIR that his partners, Kishore Dwivedi and Purushotam Soni, who have proper licences of doing crushing work were asked to appear in person by cops and pay Rs 6 lakh to Patidar.

"However, when my brother could not pay the amount, the then SHO, Kabrai, Devendra Shukla instructed him to meet on September 3. My brother met Patidar and begged that he would not be able to pay the money because of losses but it had no impact on him and he began abusing him and threatened to get him eliminated," he stated.

An FIR has already been registered against Patidar under the charges of Prevention of Corruption Act on Thursday after he was suspended.- IANS