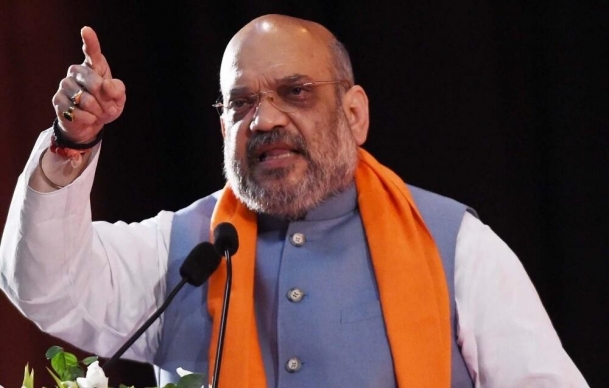 Shah said that the move taken by the Prime Minister will once again showcase the outstanding spirit of service of our Sikh sisters and brothers. He expressed his views a day after the Ministry of Home Affairs (MHA) under his guidance granted a five-year FCRA licence to Sri Harmandir Sahib.

"[email protected] is blessed that Wahe Guru ji has taken Seva from him. The decision on FCRA at the Sri Harmandir Sahib is a pathbreaking one which will once again showcase the outstanding spirit of service of our Sikh sisters and brothers," Shah said in a series of tweets.

"Sri Darbar Sahib's divinity gives strength to us. For decades, the Sangat worldwide was unable to serve there. The Modi Government's decision to allow FCRA to the Sri Harmandir Sahib deepens the connect of Seva between the Sangat globally and the Sri Darbar Sahib. A blessed moment!," Shah said.

The Ministry of Home Affairs (MHA) granted the licence to Sri Harmandir Sahib for five years after the Golden Temple management applied for the FCRA registration on May 27, 2020.

At the Golden Temple, the management aims to run a free community kitchen, give financial assistance to the poor and needy, including children. So far, the management under the aegis of the Shiromani Gurdwara Parbandhak Committee has been able to fulfil these objectives through domestic donations. Now, it will also be able to receive foreign contributions to meet expenses on these noble endeavours.

The Golden Temple is not only one of the main religious places of the Sikhs, but also a symbol of human brotherhood and equality. Everyone, irrespective of caste, creed, or race can seek spiritual solace and religious fulfilment without any hindrance at the holy place. - IANS