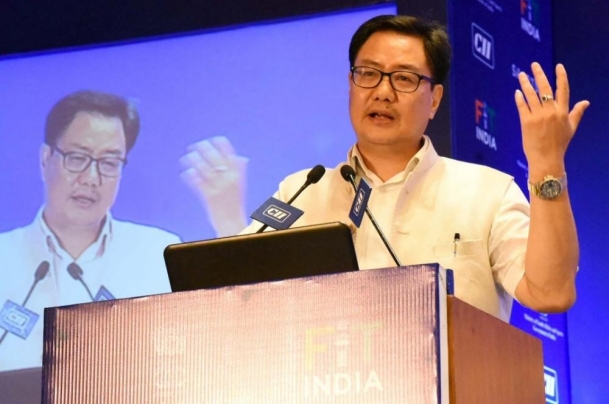 Five persons from Arunachal Pradesh, who have reportedly been abducted by Chinese soldiers, still remained untraced even five days after going missing, while their family members are yet to inform the police about the incident, officials said on Tuesday

Upper Subansiri district Superintendent of Police Taru Gussar said that the five kidnapped persons still remained untraced while their family members are yet to inform the police.

"People from this area go to the forest for hunting, which is a traditional practice among the tribals of this region. I cannot say anything till I get any confirmation about what exactly happened," Gussar told IANS over phone.

"I am writing to you to register my grave concern regarding the condition of the five young men from Arunachal Pradesh who have gone missing from the Upper Subansiri district during a hunting exercise. Their family members have made statements alleging that they have been abducted, holding the Chinese People's Liberation Army responsible for the incident," Gogoi wrote to Rajnath Singh.

Kiren Rijiju, Union Youth Affairs and Sports Minister and an MP from the state, had earlier said that the Indian Army has sent a hotline message to the PLA about the reported abduction of five persons from Arunachal Pradesh by Chinese soldiers.

In response to a query on the issue, Rijiju said in a tweet that the PLA's response to the hotline message is still awaited.

Tezpur-based defence spokesman Lt Col Harsh Wardhan Pande said on Tuesday: "There is no response to the hotline message yet."

The state's Directorate of Information and Public Relations tweeted: "Arunachal Govt is closely monitoring the case of 5 missing boys in Nacho village, Upper Subansiri District. District Administration has been directed to assist all concerned agencies to trace the missing boys."

Congress MLA Ninong Ering had earlier claimed that five residents of a border village were abducted by China's PLA on September 4, triggering tension among the local population.

Ering, an MLA from Pasighat West, had tweeted: "Five people from Upper Subansiri district of our state Arunachal Pradesh have reportedly been 'abducted' by China's PLA. Few months earlier, a similar incident had happened. A befitting reply must be given to PLA and CCP China."

The former Union Minister of Minority Affairs had told the media that he has urged the authorities to take appropriate steps to get the five people.

The local media in Arunachal Pradesh has also reported that the kidnappings occurred in a forest area near Nacho in Upper Subansiri. According to media reports, the abducted persons -- Toch Singkam, Prasat Ringling, Dongtu Ebiya, Tanu Baker and Ngaru Diri, all from the Tagin community -- had gone to the forest for hunting. Two other villagers, who had managed to flee the spot, had informed the other villagers.

The India-China border is about 170 km from Daporijo, the headquarters of Upper Subansiri district, which itself is 280 km from state capital Itanagar. A team from the Nacho police station has been sent to the forward area village.