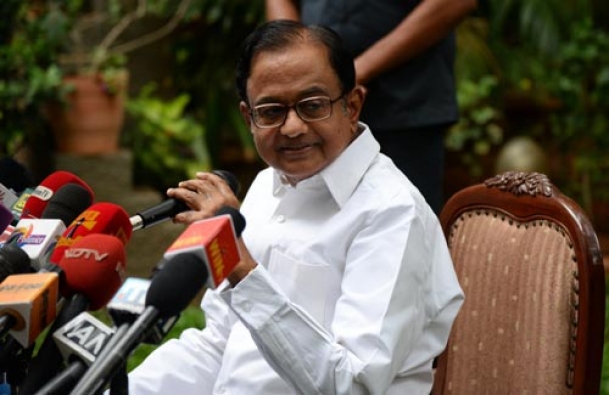 However, the officials are tightlipped on the reasons behind the searches.

Reacting to the raids, Chidambaram said in a statement: "If the government wishes to target me, they should do so directly, not harass friends of my son who carry on their own businesses and have nothing to do with politics."

"We have made it clear, repeatedly, that no member of my family has any equity or economic interest in any of the firms that are being targeted. They are companies that are professionally managed and are capable of answering any questions that may be put to them by the authorities. I condemn the attempt to link them to my son and harass them on that ground," he said.

According to Chidambaram, the government agenda is being implemented by an ED officer who has a pending dispute with the Department of Revenue in the finance ministry.

"Orders in his case were apparently passed during the term of my predecessor. He met me and wanted me to intervene in his favour. I declined and I told him that I cannot reverse orders that were issued during the term of my predecessor. The change of government has given him an opportunity to misuse his powers to harass my son and his friends," he said.

"My family and I are quite prepared to face the malicious onslaught launched by the government," he added.

In a different issue, there were reports this September of the ED registering a case against Karti Chidambaram for money laundering in the Rajasthan ambulance scam case.

In response, Karti Chidamabaram said that he had "not received any notice from any agency. I came to know about this from news reports".

The case was against Ziquita Healthcare Ltd., which had been awarded the ambulance service contract, now under investigation.

Karti Chidambaram said he was an independent director in Ziquita Healthcare till 2012 and the last board meeting of the company he had attended was in 2008. - IANS