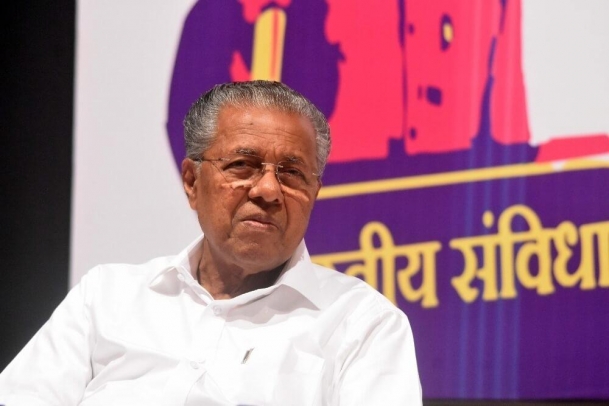 In wake of the media highlighting the NIA report on the gold smuggling case that claimed prime accused Swapna Suresh was influential in his office, Kerala Chief Minister Pinarayi Vijayan on Friday hit out at the media, alleging it of functioning with an agenda for his "removal".

"It's quite clear you come and ask for 'others' who want to see me removed. But let me tell you, that will not happen, as it is the people who have put me here. What is that you want? You wish to point out that the Chief Minister is part of the gold smuggling gang. I will make one thing clear that neither I nor my office have anything to worry in this," said a peeved Vijayan, adding that "very soon, all will find out what is this all about".

"Let me make one thing clear... this is not ethical journalism as there are some who are out to wreck me politically and you (media) function with an agenda to portray me and my political organisation differently," he added.

Vijayan was irate at the manner in which the NIA's affidavit, presented in the NIA court on Thursday, was interpreted by the media.

"I always ensure that when I come to inform about the steps taken by the government in its fight against Covid, I remain on this topic as there are so many people who are working hard. But I am game to take on other questions also and I have no issues in that also," he said.

The gold smuggling case, which has large-scale ramifications, first surfaced when P.S. Sarith, a former employee of the UAE Consulate here, was arrested by the Customs on July 5 when he was facilitating smuggling of 30 kg gold in diplomatic baggage to Thiruvananthapuram from Dubai.

The case turned murkier when the name of Swapna, a former employee of the UAE Consulate, and then employed with the IT Department, surfaced and more so when her links with Vijayan's Principal Secretary M. Sivasankar, who was also the state IT Secretary, came out.

The IAS officer, who was removed from both posts and then suspended, has been extensively questioned by the NIA and since then, both the Congress and the BJP are demanding the resignation of Vijayan. - IANS