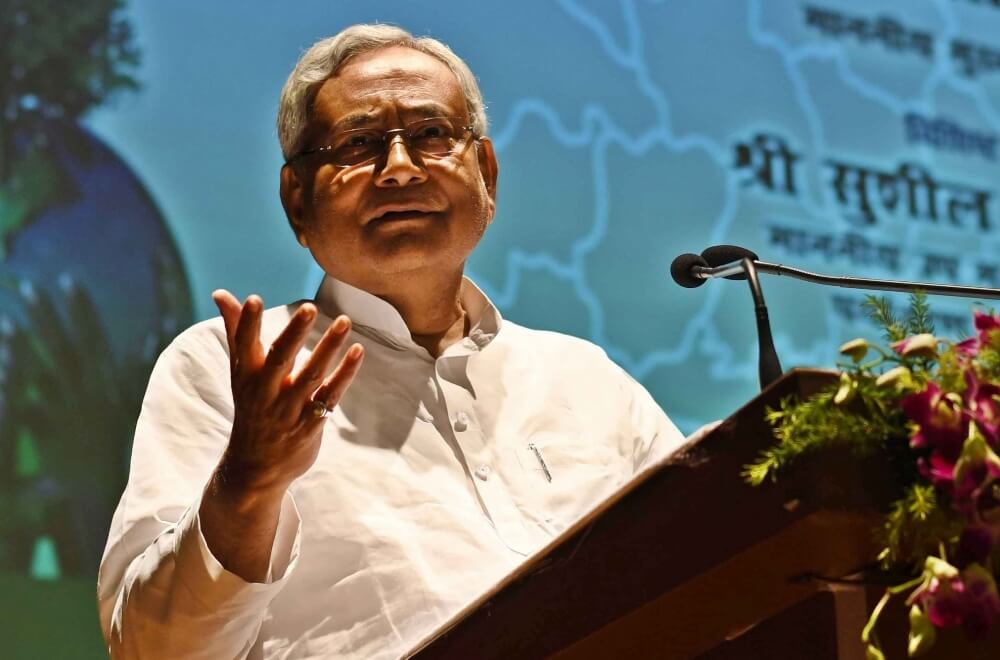 Bihar Chief Minister Nitish Kumar has expressed his displeasure over the way Bihar Police IPS officer Vinay Tiwari, who is in Mumbai to probe Sushant Singh death case, was treated by the Mumbai Police. Tiwari was forcibly quarantined upon arrival in Mumbai by Brihanmumbai Municipal Corporation officials. The Chief Minister said whatever happened with Tiwari in Mumbai is not right.

Talking to media persons in Patna, Kumar said, "What happened to the IPS officer who went to Mumbai to investigate the Sushant case was not right. He was carrying out his duty."

Kumar further said that the Director General of Bihar Police will talk to the officials of Maharashtra about the alleged mistreatment of Tiwari.

Kumar, however, did not talk about the CBI probe in the death of Bollywood actor Sushant Singh Rajput. Rajput was found dead in his apartment in Mumbai on June 14, in what the Maharashtra Police said was a case of suicide. -

Meanwhile, the BrihanMumbai Municipal Corporation (BMC) on Monday said that Kumar has been "quarantined as per existing norms in the wake of the Covid-19 pandemic".

Rushing to Mumbai in connection with the probe into the Sushant Singh Rajput case, Tiwari -- an IPS officer and Superintendent of Police, Patna Central -- is presently lodged in state police guest house in Goregaon.

The BMC said the P/SouthWard administration received information of the officer arriving at the SRPF Group 8 guesthouse in Goregaon east and a BMC team went to meet him on Sunday evening.

"Being a domestic air traveller, he needs to be guided for home quarantine as per the State government guidelines. Accordingly, the P/South ward team approached him at the said guest house late on Sunday evening," the official said.

The official said that the BMC team explained to him the whole procedure for domestic air travellers, including "home quarantine", which is fixed by the State government notification dated 25 May, 2020 under number DMU/2020/CR. 92/DisM-1.

"He has also been guided to apply to the competent authority of BMC for exemption in the home quarantine period as per the State government notification," the official said, with the prospects of Tiwari remaining isolated till around Aug. 15.

Late on Sunday, Bihar DGP Gupteshwar Pandey said that Tiwari was aforcibly quanratined' even before he could initiate the probe.

"IPS officer Vinay Tiwari arrived in Mumbai today on official duty to lead his police team from Patna but he was forcibly quarantined by the BMC officers at around 11 p.m. Earlier, he was not given a place in the IPS mess when he said that he is staying in a guest house in Goregaon," Pandey tweeted last night. -  IANS