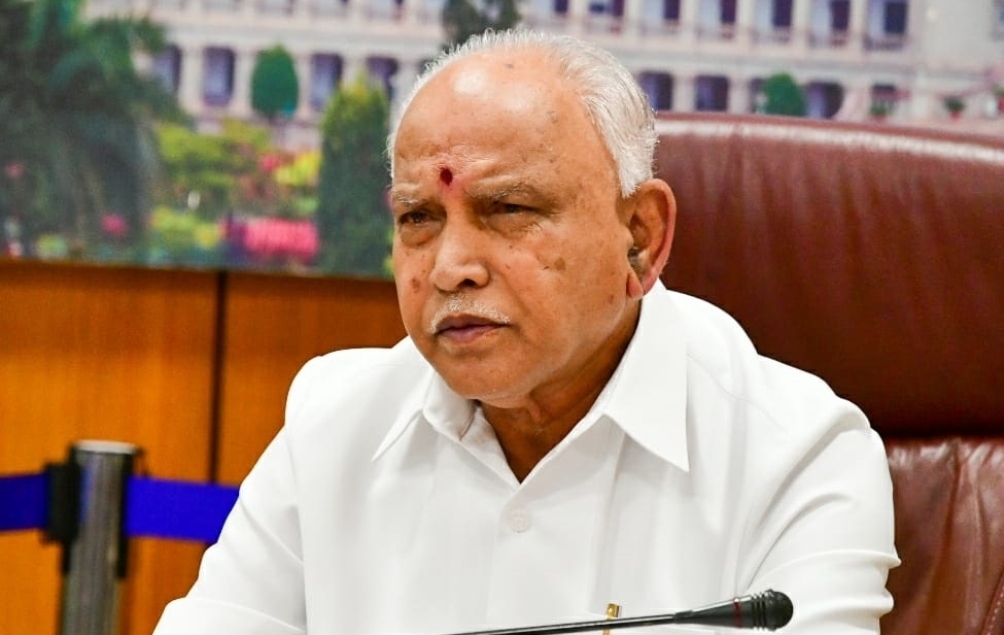 After Karnataka Chief Minister B.S. Yediyurappa tested Covid positive on Sunday night, his youngest daughter B.Y. Padmavati was found to have been infected with the disease, an official said on Monday.

"As Padmavati's sample result turned positive, she has also been admitted to the privately-run Manipal Hospital where Yediyurappa is under treatment for the virus," an official of the Chief Minister's Office told IANS here.

Yediyurappa, 78, has five children, including two sons and three daughters.

"Though the Chief Minister's eldest son B.Y.Vijayendra, who also stays with him in the official residence, tested negative, he has been advised to be in isolation at home," said the official.

In a tweet, Vijayendra said as a precaution, he will be in home quarantine for a week.

"My father (Yediyurappa) is doing fine and under observation of doctors who said there is no need to worry," tweeted Vijayendra.

According to the hospital's health bulletin, Yediyurappa is doing well and is clinically stable.

"Yediyurappa has been admitted to our hospital on Sunday night for observation. He is clinically stable and is monitored by a team of doctors," said the bulletin.

The hospital has allowed Yediyurappa and his daughter to have food from home.

"Both (father and daughter) are asymptomatic. They tested positive due to mild symptoms of the disease," added the official.

The Chief Minister's other family members and relatives who have been in contact with him were also advised to go into quarantine.

The Chief Minister's official and personal staff, including cook, servants and drivers has been advised to be in isolation for a week. - IANS