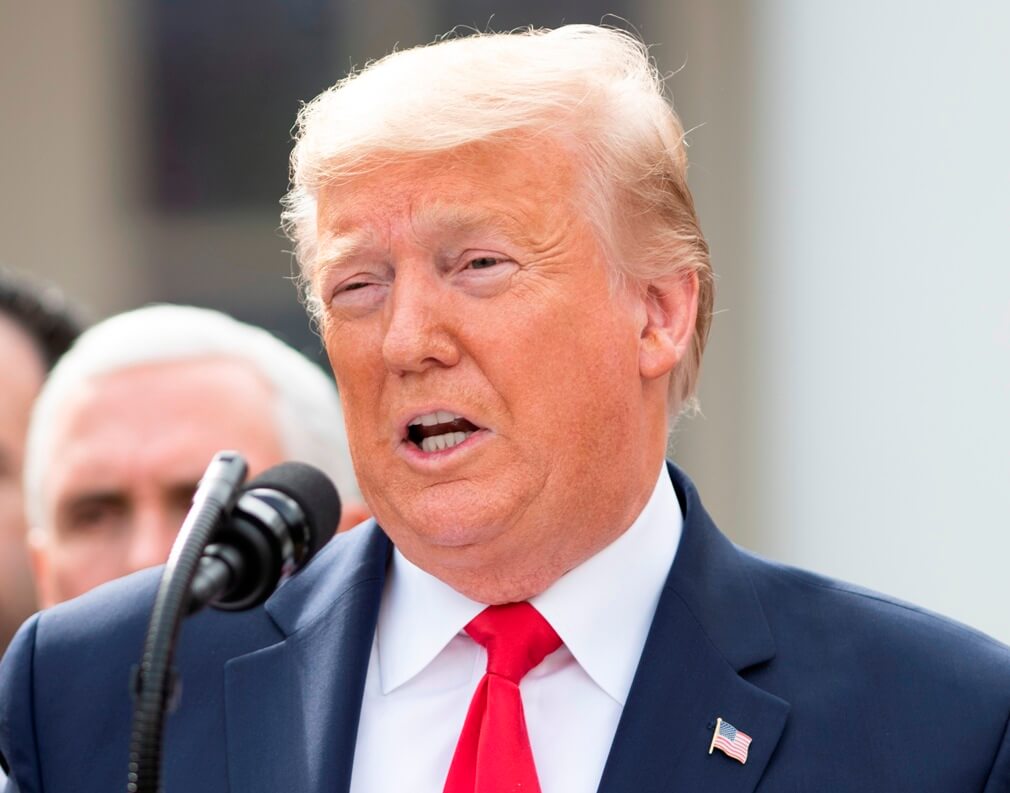 US President Donald Trump said that he doesn't want to delay the November election, hours after raising the possibility on Twitter.

"Do I want to see a date change? No," Xinhua news agency quoted Trump as saying during a press conference at the White House on Thursday.

"I don't want a delay. I want to have the election... But I don't want to see a crooked election," he said, doubling down his criticism of mail-in voting.

"But I also don't want to have to wait for three months and then find out that the ballots are all missing and the election doesn't mean anything. That's what's going to happen... that's common sense.

"Mail-in ballots will lead to the greatest fraud," the President added.

In a tweet on Thursday morning, Trump claimed -- without providing any proof or evidence -- that "universal mail-in voting" would make November's vote "the most inaccurate & fraudulent election in history".

"It will be a great embarrassment to the USA," he said. "Delay the Election until people can properly, securely and safely vote???"

The tweet immediately ignited a political firestorm and has drawn bipartisan pushback from Capitol Hill, as legal analysts agreed that Trump has no authority to delay the election as the US Constitution gives Congress the power to set the date.

Election Day takes place on the Tuesday after the first Monday in November, as determined by federal law. Moving the date would require an act of Congress.

McConnell said no US presidential election had ever been delayed before.

"Never in the history of this country, through wars, depressions and the Civil War, have we ever not had a federally scheduled election on time. We will find a way to do that again this November third," the BBC quoted McConnell as saying to the local Kentucky station, WNKY.

McCarthy echoed him. "Never in the history of the federal elections have we ever not held an election and we should go forward with our election."

However, Secretary of State Mike Pompeo refused to be drawn on Trump's suggestion.

Quizzed by reporters on whether a President could delay an election, he said he would not "enter a legal judgement on the fly".

When pressed, he said the Justice Department would "make that legal determination", adding: "We want an election that everyone is confident in."

The spokesman for Trump's re-election campaign, Hogan Gidley, said the President had just been "raising a question". - IANS