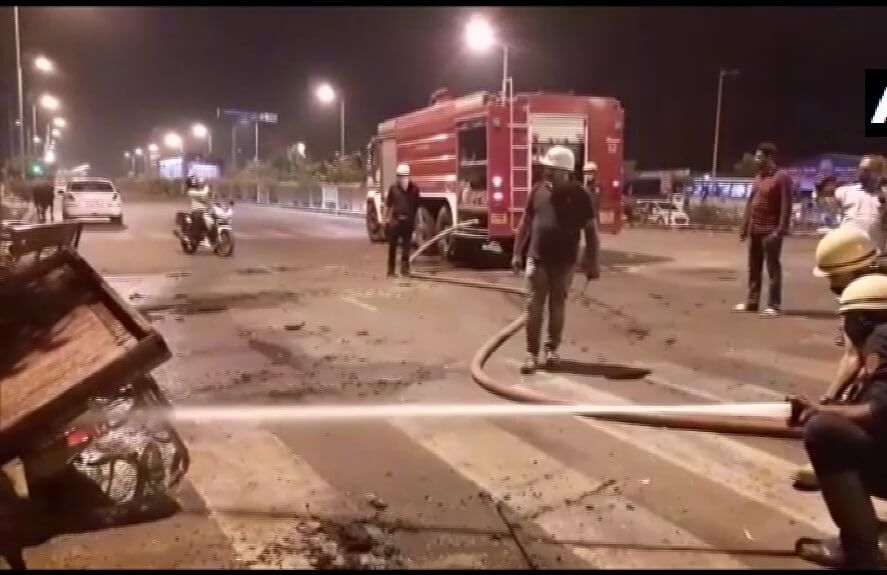 Migrant labourers in Surat, who had exhibited unrest a couple of days back as they demanded to be returned to their home states, on Tuesday ransacked the Diamond Bourse office, vandalising vehicles and also tried to attack a police vehicle after some workers were hired from outside.

Around 4,000 construction labourers, working at the site of Diamond Bourse in Surat's Khajod area on Tuesday, were infuriated against the site management, who had hired around 40 labourers from outside Surat.

Confronting the management, the angry labourers asked them that when they were ready to work, why did the management hire workers from outside. They also apprehended that the new hired help would bringing in coronavirus, and reiterated their demand to be sent home.

Going on a rampage, the labourers ransacked the main office, shattering the glass panes, and overturning a number of parked vehicles. They also tried to damage a police vehicle which had arrived at the spot.

According to police sources, the management had hired some outside labourers for some construction work going on at the site. "We are in the process of filing an FIR regarding the incident. So far, we are not detained anybody," said a police official of Khatodra Police Station. -IANS