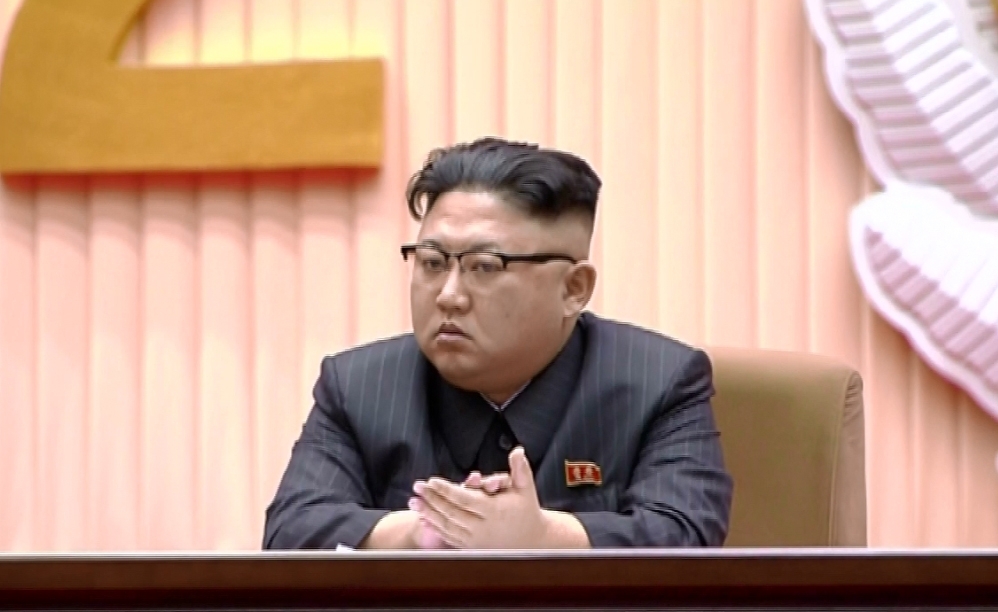 The condition of secretive North Korea's Supreme Leader Kim Jong-un, after a long spell of non-appearance, remained unclear on Sunday, with a set of reports saying that he had passed away after heart trouble or was in an irreversible coma, while another said he was staying at his holiday resort.

Kim has not appeared in public for over two weeks and was absent from a key event on Friday, amid rumours that he had heart trouble.

The UK's Daily Express cited "multiple sources" from North Korea as well as the East Asian region as claiming the 36-year-old dictator died on Saturday night but noted that
"due to the hyper-secretive nature of the pariah state the exact picture remains unclear tonight", and that claims are very difficult to verify before an official state announcement, given "the nature of the ultra secret regime in North Korea".

It quoted a section of media outlets in China and Japan as saying Kim was dead, while other sources said he was on his death bed in a vegetative state with no hope of resuscitation after botched heart surgery.

One announcement, the report said, was by a Hong Kong-backed news channel's vice director, who claims to be the niece of a Chinese Foreign Minister.

Other sources, it said, reporting a Chinese medical team had been sent to North Korean capital Pyongyang.

Hours ago a Japanese weekly called Shukan Gendai claimed the North Korea's dictator was in a vegetative state after complications from heart surgery.

A Chinese doctor - who is believed to have been part of the team sent to treat Kim Jong-Un - was reported as saying a delay in a simple heart procedure had left the leader severely ill.

On the other hand, the Daily Mirror said that Kim was alive.

It quoted a South Korean President's key aide telling US' Fox News that the North Korean leader was "alive and well" amid rumours of grave illness, incapacitation or even death.

"Our government position is firm.....Kim Jong-un is alive and well.

"He has been staying in the Wonsan area since April 13. No suspicious movements have so far been detected."

A train was spotted at Kim's private railway station near his holiday home in the resort, and a report of 38 North, affiliated to the Stimson Center, said: "The train's presence does not prove the whereabouts of the North Korean leader or indicate anything about his health but it does lend weight to reports that Kim is staying at an elite area on the country's eastern coast."-IANS