Only 20% of trucks plying on NHs, truckers complain of problems 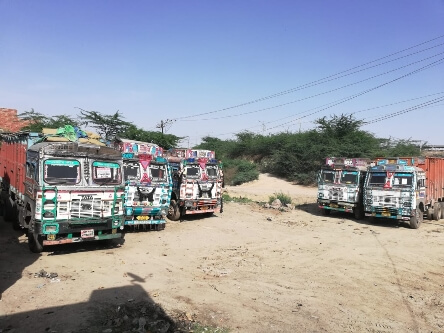 Even as the Centre has allowed trucks to ply on National Highways from April 20 onwards amid the nationwide lockdown, only 20 per cent of the trucks in the country are presently ferrying essential items whereas the supply of non-essential items remains disrupted.

Sources said that despite the Home Ministry guidelines, truck operators were facing problems in plying their vehicles from one state to another.

Reports have been received about local authorities at many places in Uttar Pradesh and Bihar stopping trucks from plying, they said.

Those connected with the Indian transport sector griped that though the Central government is working in the right direction, the implementation of its orders on trucks movement on the ground is not proper.

While ferrying of essential items is continuing from March 29 and transportation of all goods has been allowed from April 20, only 20 per cent of the 76 lakh trucks in the country are on roads at present.

All India Motor Transport Congress General Secretary Navin Kumar Gupta said that the low number of trucks on highways could be explained in the light of the fact that truck drivers were left stranded across the country due to the lockdown imposed from March 24 midnight.

"They are now eager to return to their homes. Loaded trucks are parked in godowns, but we don't have workers for unloading the goods. Though the Home Ministry has given necessary instructions, truck owners are under pressures from local authorities," he said.

Gupta also claimed that difficulties were being created in the smooth plying of truck in the name of following the governmental guidelines on enforcement of the lockdown.

Meanwhile, truck drivers and their assistants are still facing a lot of problems in moving their trucks since eateries on highways were still closed and they were facing problems of board and lodging.

However, a senior transport officer said that food arrangements had been made at 165 toll plazas and petrol pumps. He maintained that the low number of trucks on the roads was due to the fact that many industries were shut amid the lockdown.

He said that there were problems since transport was resuming after a break and the situation will return to normal soon. IANS