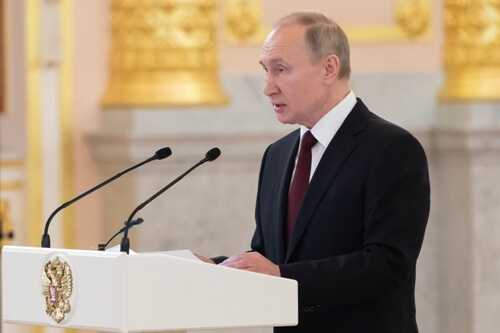 The bill was passed by the lower house of the country's parliament on April 14 and the upper house on April 17, reports Xinhua news agency.

Ptun signed the bill into law on Friday.

The lower house has said that the transfer was to "strengthen the historical foundations and patriotic traditions, preserve historical justice in relation to the victors in World War II, and perpetuate a worthy memory of those who died in the defense of the Fatherland".

Japan signed surrender documents on the deck of the US battleship Missouri at Tokyo Bay on September 2, 1945.

Authors of the bill considered a Soviet decree in 1945 declaring September 3 the day of victory over Japan.

Some 1.8 million people were awarded the "Victory over Japan" medal with September 3, 1945 inscribed on the back.

In 2010, Russia's upper house of parliament approved that September 2 was the end day of World War II. IANS