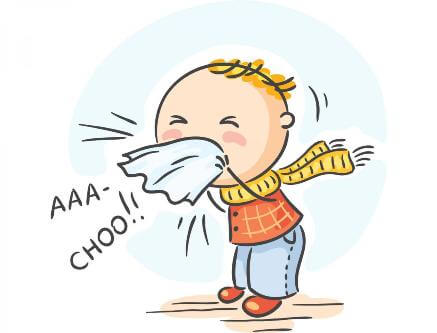 Amid the ongoing lockdown, people have started taking cognizance of flu-like symptoms, which are associated with COVID-19, among family members and also those in the neighbourhood. The Influenza-like Illness (ILI) symptoms among people has stabilized during the lockdown.

ILI symptoms are mapped by the government to track down likely Covid-19 suspects. According to an IANS CVoter poll, ILI symptoms like fever, cough, cold, running nose etc., peaked at close to 2.5 per cent in the first week of April. But, the trend declined gradually during the lockdown, and by April 20, it was between 1.5 to 2 per cent. Therefore, it is apparent that ILI symptoms among people, surveyed for the poll, have stabilized during the lockdown.

In the backdrop of seasonal change, which often results in these symptoms, the poll indicated that the symptoms at the end of March and close to middle of April the trend peaked. Nearly 0.4 per cent people reported high fever in the first week of April, which could also be associated with seasonal change. By April 20, it had declined to below 0.2 per cent.

The survey also indicated that close to one percent people, who participated in the survey, noticed flu-like symptoms like high fever, cold, dry cough or similar symptoms within the household and in the neighbourhood – people whom they normally meet in daily life.

The survey found that nearly 54.1 per cent of the people disagree that the threat from the coronavirus is exaggerated. Therefore, it is apparent people are more realistic to the diseases and have already started taking cognizance of symptoms associated with the viral infection – which indicates the level of awareness on COVID-19 has increased during the lockdown.

Symptoms – high fever, tiredness, dry cough, difficulty in breathing, cold & running nose, body pain and sore throat – have been noticed in 1.735 per cent of the people. High fever, dry cough, cold and running nose and tiredness have been noticed in close to 1 per cent of people. The trend from the survey indicates people noticing flu-like symptoms in the neighbourhood peaked at 3 per cent on March 23, but after the implementation of the lockdown by April 20, it fell below 1 per cent. Similarly, people noticed that flu-like symptoms within the household also fell below 1 per cent. IANS