No tourism activity until India is coronavirus-free: Goa Minister 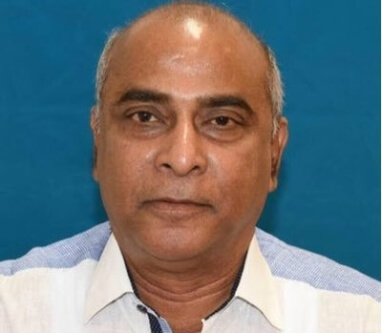 Ports Minister Michael Lobo said on Wednesday said that tourism activity will be allowed in Goa after only when there are no novel coronavirus cases in India, even as Tourism Minister Manohar Ajgaonkar said the coastal state would seek a central package for its tourism sector.

"Tourism industry will re-open in India, including Goa, if the corona cases come down in three months. But if they don't go down to zero in other states, like it has been in Goa, then nothing will restart," Lobo said at the briefing earlier.

"Domestic airlines cannot be started again yet. You will only end up taking the virus from one state to another," Lobo said.

Speaking to reporters after a meeting of the state Cabinet along with Lobo, Tourism Minister Manohar Ajgaonkar said that the Goa's tourism had suffered a massive setback on account of the pandemic.

Ajgaonkar said that in view of the hit that the tourism industry has taken, Goa would seek a financial package from the central government to keep the state tourism sector afloat.

"Tourism has gone to zero. Unless we can find a medicine for this (Covid-19), how will the tourists come? Tourism functions because of tourists; if they do not come, then how will the industry run?" Ajgaonkar said.

"We will seek a package. Goa's tourism has gone down to zero. If we are to lift this up, we are going to need a package. The hotels and shacks are in a loss," Ajgaonkar said.

The Ports Minister also said that currently, the state government does not even have the required health infrastructure to set up another Covid-19 testing kiosk at the Goa International Airport, because main government health facilities were facing a tremendous load.

"We do not have the infrastructure to start another kiosk at the airport right now. When the cases come down and so does the load on the Goa Medical College, we will be able to set up these kiosks at the airport, railway stations, and inter-state borders," Lobo said. IANS