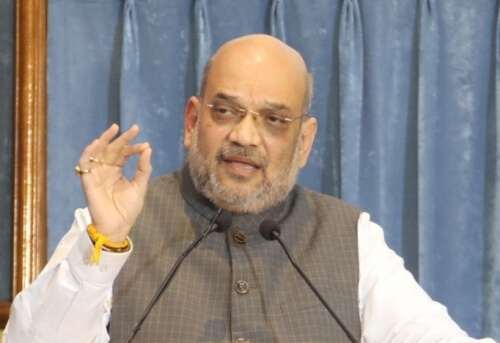 Union Home Minister Amit Shah on Wednesday held an interaction with doctors and particularly with the Indian Medical Association (IMA) through video conferencing on Wednesday, leading the IMA to "withdraw" it's proposed protests scheduled on April 22 and 23.

While the Home Minister lauded their work, he also assured them of their security. During the meeting, he appealed to them not to do even a symbolic protest as earlier proposed, adding that the government is with the doctors.

This comes in the wake of a few incidents where doctors and medical staff were attacked, in different parts of India.

The IMA in a statement expressed satisfaction stating they are convinced with the assurances. "It is expressed that in this period of global crisis...such protest will send a bad signal of the unity of our country...,"said the IMA.

It added that it has decided to withdraw the proposed White alert protest on 22nd and Black Day on 23rd to "maintain unity and integrity of our country".

Union Health Minister Harsh Vardhan was also present in the video conferencing with doctors. Later Shah tweeted: "The way our doctors are performing their duties in these testing times is exceptional. I urge every Indian to cooperate with doctors in this fight against COVID-19."

Sending a strong message against the attackers, Shah added that safety and dignity of doctors at their work place is "non-negotiable". "It is our collective responsibility to ensure conducive atmosphere for them at all times. I have assured doctors that Modi government is committed to their cause and appealed to reconsider their proposed protest," the Home Minister added. -IANS