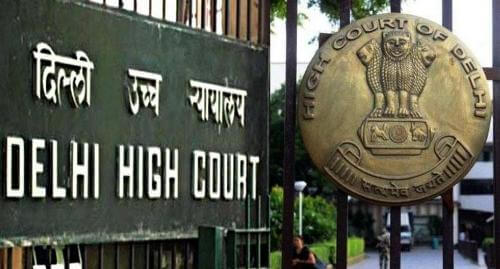 The Delhi High Court has given the liberty to parents to approach the Directorate of Education in case the school of their wards demands consolidated fees.

"In case a school demands consolidated fees without distinguishing the various heads of tuition fees, co-curricular activities fee etc, the parents are entitled to bring it to the notice of the Directorate of Education, which shall take steps in accordance with law," said a single judge bench of the high court presided by Justice Pratibha M. Singh.

The observation was made while the court was hearing a petition filed by Rahat Vats who sought the court's direction to the Delhi government to give relaxation or suspend fees of private schools of any nature in the State of NCT of Delhi in terms of transportation or other charges except tuition fees for the month of April, May and June this year on account of the COVID-19 pandemic which has affected the entire world.

"In so far as the tuition fee is concerned, the charging of the same would be justified in view of the fact that almost all the schools are conducting online classes and the teachers are discharging their functions by imparting course work over online platforms, checking project work online, correcting papers wherein students have already given examinations, preparing questions on lessons taught and supervising students to complete the work given etc," the court said.

It also observed that there is a burden on the schools to pay their staff during these months.

During the course of hearing Delhi government counsel Ramesh Singh told the court that the Government was fully conscious of the issues raised by the petitioner.

On April 17, the Directorate of Education passed an order to the effect that no fees except tuition fees be charged. Various directions issued showed that the government was fully conscious of all such students who may be facing financial difficulties and so course material and classes have been made available even to them, Singh told the court.

Noting the submissions, the court opined that authorities having taken cognisance of the issue and as the matter was one in the policy domain, the High Court was not inclined to interfere. However, it granted relief to the parents to approach the authorities in case any unjustified demand is made. IANS