NCW writes to Gujarat Police over 'hijacking' of Zoom call 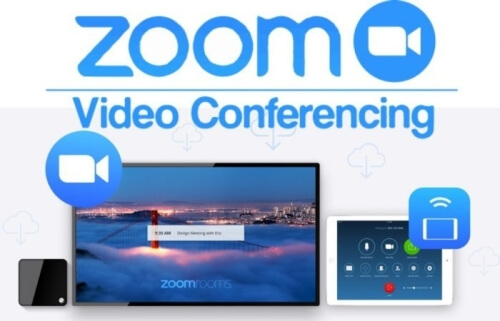 The women's body said it is disturbed by the cyber crimes being committed by the miscreants, and is concerned about the online safety practices, especially with regard to the security of women on internet.

Taking cognizance of the incident, the commission wrote to Shivanand Jha, Director General of Police, Gujarat, to probe the matter immediately and take strict legal action against the culprit.

In an advisory issued recently, the Ministry of Home Affairs had warned that the Zoom video conferencing app is not a safe platform for meetings.

The advisory issued by the Cyber Coordination Centre (CCC) of the MHA said, "Secure use of Zoom meeting platform is for private individuals and not for use of government offices or official purposes."

The government said that the CERT-In had been informed on the same lines on February 6 and March 30 this year, clarifying that "Zoom is not a safe platform".

The Zoom app has apparently become a favourite tool among people during the Covid-19 induced nationwide lockdown. It is also being used by many schools and private players.

Officials in the Home Ministry told IANS that the app has some specific weaknesses, so it is necessary to avoid its use for official purposes as it can encrypt meeting data. IANS