'Punjab will lose substantial revenue due to no liquor' 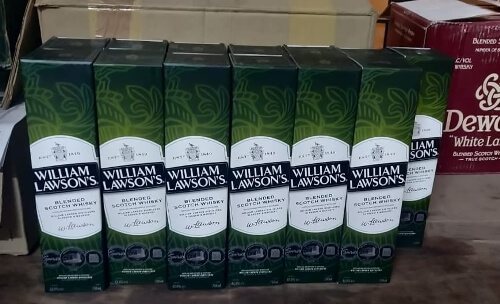 Punjab has been one of the first states that sounded an alarm bell regarding possible large-scale COVID-19 outbreak after 94,000 people returned from COVID-19 hotspots, including the US, UK, Spain and Italy. Punjab has almost one NRI in ten households each, making it worse for the northern state. But surprisingly, after initially being overwhelmed with this, Punjab has managed to keep it in check with just 219 confirmed cases of COVID-19 and a comparatively low 31 deaths. It's neighbour Rajasthan has witnessed 183 deaths so far.

The state's Special Chief Secretary K.B.S. Sidhu in an interview to IANS, spoke about the challenges, how Punjab overcame it and, of course, how Punjab is dealing with no liquor. He spoke at length on those who chopped off a police personnel's hand and might as well have led to a hostage situation in a Gurdwara. As the Financial Commissioner of the Department of Disaster Management and in-charge of State Disaster Relief Fund, Sidhu is Punjab's face in the fight against COVID-19.

Q: One of the first states that sounded corona alert was Punjab, given a large population that came from abroad. Do you think, keeping that in mind, Punjab has been able to contain the spread of the virus, since?

A: The large NRI population that came to Punjab was originally estimated to around 90,000. This was indeed a challenge for the State. The data that we initially received from New Delhi was either incomplete or it was not received in a timely manner. Apart from sifting out the duplicates, and accounting for those who had already gone back abroad, there was an extensive problem that the addresses, as contained in the passports, were often old ones and no NRI was found to be residing there.

Nevertheless, our field officers, led by the respective Deputy Commissioners, worked very hard to home-quarantine over 56,000 NRIs for a period of 14 days. Not a single case has been found to have been linked directly and conclusively to an infected NRI.

On the other hand, the over 600 persons of Tablighi Jamaat (TJ) were generally non-cooperative and it took a lot of effort of the field agencies to trace them. Not less than 16 persons from among them, or their immediate contacts, were found Covid-positive.

The profile of the patients detected has also made it possible for us to contain the contagion to the limited geographical areas so as to prevent its spread. The Nawanshehr (Shaheed Bhagat Singh Nagar), which had the original 18 cases, thanks to a UK-returned "ragi" has been able to save and cure 17 patients till now.

Q: There is video of a Punjab Police team driving to a toddlers house to wish a birthday that has now gone viral. Do you think such acts that go beyond the call of duty are crucial?

A: The basic job of the police was to initially enforce the curfew. Once that was done, since the people by-and-large were cooperative, the police expanded its outreach activities in supplementing the District Administration's efforts to supply dry rations as well as cooked meals ("langar") to the people.

In this context, the viral videos like the one referred, have not only kept up the morale of the populace, especially in the relatively poorer localities, but also served to boost the image of the Punjab Police as a force that cares for the people. It was also symbolic of the empathy of the Punjab government, more specially, the Chief Minister, Captain Amarinder Singh) towards all Punjabis, under very difficult circumstances.

Q: How tough has it been for the administration to convince residents that there won't be any liquor for sale, given the high consumption of the same in the state??

A: I think the people have been very understanding. One must also say that the entire liquor trade, starting from the big distillers, medium-size bottlers, distributors right down to the liquor vendor contractors, have been with the government and the people in this respect, although they are still suffering huge losses. They have also volunteered to start manufacturing hand-sanitiser in their plants. It must also be mentioned that even the government is going to lose a very substantial part of its revenue, on a proportionate basis, which is budgeted to be Rs 6,000 crores for the full-year 2020-21.

The option to open the liquor vends for a limited time-period in the day was discussed and rejected, since it would have gone against the cardinal principle of "stay at home".

Q: There has been a rather unfortunate incident where an ASI's hand was chopped off. As the Special Chief Secretary of the state, what was going through your mind when you heard the news?

A: To be honest, my instantaneous reaction was one of anger, if not rage. This was quickly replaced by a sense of relief as I realized that there was no loss of life at the place of the original incident. Any firing by the police could have led to loss of lives, including those of the innocent bystanders, and the Punjab Police could have been blamed for over-reaction, in hindsight.

Thereafter, the focus was on the capture of the fugitives, who had managed to flee the spot and hide inside a Gurudwara close-by. The expeditious and surgical operation by the Punjab Police, while observing the maryada of the sanctum sanctorum, in capturing and arresting 11 persons, without any loss of life, was both a matter of pride and relief, since a lackadaisical approach could have lead to a potentially hostage-taking situation, since there were quite a few women and children inside the complex.

Thoughts and prayers were also with the ASI Harjeet Singh, who had his left hand chopped-off. Kudos to the doctors of the PGI Chandigarh who virtually performed a miracle in restoring his hand after an eight- hour long surgery.

Q: Punjab has been one of the first states that announced extension of the lockdown before the Centre did. Do you think a third extension is needed in the state?

A: Yes, Punjab was a couple of days ahead of the Central Government to impose a total lockdown. Effective 20th April, 2020, we are gradually allowing the opening of the industry as per the GOI guidelines, with due regard to Red Zones, "Containment Areas", "Buffer Zones", "large outbreak areas' and "clusters" although with additional safeguards. Industries with ten or more workers shall either have to demonstrate adequate facilities to be able to factory-quarantine their labour or provide for their transport, while complying with the social distancing norms.

The graduated and calibrated opening of the "mandis" to take care of the wheat procurement is already underway. We are, under the personal supervision of the Chief Minister, Captain Amarinder Singh, reviewing the situation literally on an hour-to-hour basis. We do not expect any huge surge in new cases in the days to come. Having said that, we shall have a close look at the figures in the State -- their numbers as well as concentration, quality and distribution -- around the 1st of May and also consider the situation at the national-level.

I am optimistic that a total lockdown or curfew beyond 3rd May, 20-IANS