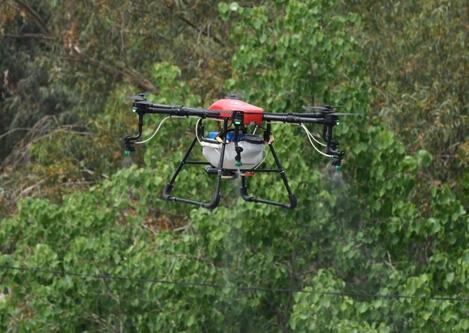 According to him, the drone team currently in Andhra Pradesh will be moved to Bhopal to execute the project. New teams will reach Andhra Pradesh.

Varanasi is a star Parliamentary constituency that has sent Prime Minister Narendra Modi to the Lok Sabha. The sanitisation operations in Varanasi began on Sunday. IANS