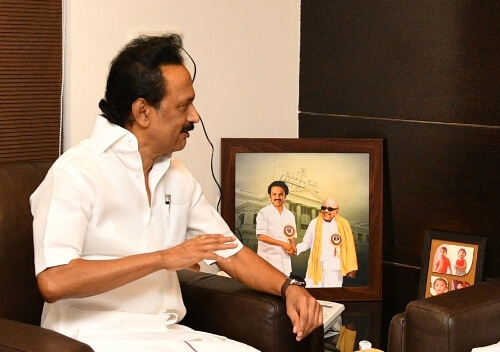 With Dravida Munnetra Kazhagam (DMK) chief M.K. Stalin asking the Tamil Nadu government to disclose at which price it was acquiring Covid-19 testing kits, Chief Minister K. Palaniswami, here on Saturday, said the government had placed an order for 1.25 lakh rapid testing kits with a Chinese company, which had been okayed by the Centre, and at the rate approved by it.

He also said 24,000 kits had already been received by the state government.

Pointing out that the Chhattisgarh Chief Minister had announced the price at which the test kits were being bought, Stalin in a social media post said the Tamil Nadu government should also announce the price paid for purchase of test equipment.

Umanath said supplies from China would be in batches and not in one lot.

Citing the abolition of import duty and health cess on coronavirus test kits by the Centre, Umanath said if the state placed an order now, it might get it at a rate lower than Chhattisgarh.

He also said Chhattisgarh had placed order with a different company and under a different tax regime. IANS