Amyra Dastur: Jackie Chan is exactly like is on-screen personality 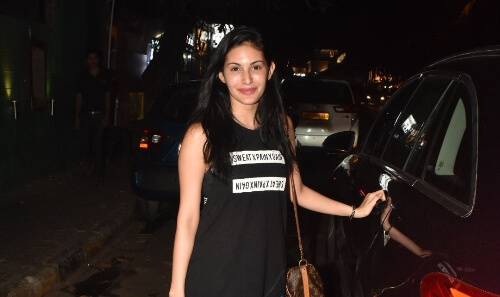 Actress Amrya Dastur, who featured in the cast of the 2017 Jackie Chan action comedy "Kung Fu Yoga", says the international cinema icon is exactly like his on-screen personality in real life.

Amyra treated her fans with a question and answer session amid the ongoing COVID-19 lockdown. A user asked her about her experience working with Jackie Chan.

She replied with a photograph of herself with the international star and wrote: "He's exactly like his on screen personality! Extremely kind and funny. And he's my real life hero."

Amyra was then asked if she believed in live-in relationships.

She said: Right now with the divorce rates being so high, I definitely believe that couples should live together for 1 year minimum before getting married.

Amyra made her Bollywood debut in 2013's "Issaq", alongside Prateik Babbar. She was later seen in films like "Kaalakaandi", "Rajma Chawal", "Made In China", and "Prassthanam" among other films.-IANS