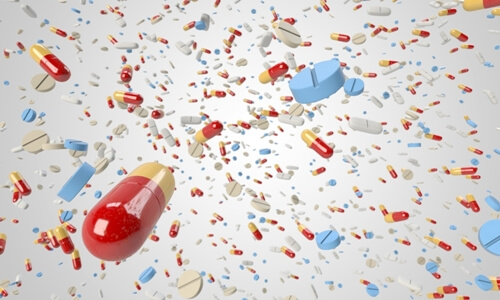 The government should grant industry status to the bulk drug industry, a report by CII and KPMG said.

The report noted that while Indian pharmaceutical industry has rightfully gained the epithet 'pharmacy to the world', it has also become highly import-dependent for its key starting material (KSM), intermediates and active pharmaceutical ingredients (APIs).

As a short and mid-term measure, the report has recommended 'infrastructure' status to the bulk drug industry and creation of common minimum infrastructure facilities in the form of four to five integrated large-scale clusters to manufacture critical APIs (Active Pharmaceutical Ingredient) or intermediates and KSMs to achieve economies of scale.

It said that the infrastructure status will enable borrowing money from insurance companies, pension funds, and international lenders with a longer tenure or 10-15 years and on easier terms of 3-4 per cent interest.

It would also allow access to foreign currency funding through the external commercial borrowing route and credit would be available at competitive rates and on long-term basis with enhanced limits.

The report also recommended the reinstatement weighted tax deductions of 200 per cent on expenditure on R&D which, in turn will help boost innovation in the country.

As long term strategy it recommended increased collaboration between industry and academia, subsidies and incentives for technology modernisation and adoption of green technology. IANS