Relaxing lockdown too early can risk resurgence of Covid-19: Nomura 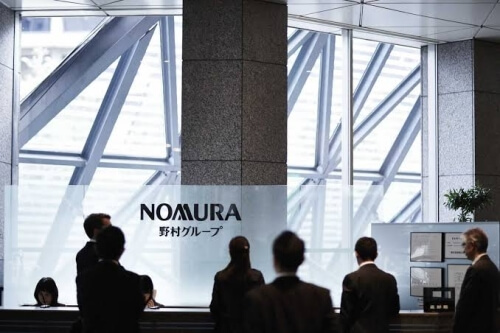 Relaxing the lockdown too early could risk a resurgence in Covid-19 cases in India and force a need to extend the lockdown again, even as the government has opened up a larger share of the economy to mitigate costs.

A report titled "Tiptoeing around Covid-19 to get back to work" by Nomura said the government has opened up a larger share of the economy to mitigate the lockdown costs. "However, this may risk a resurgence in cases," Nomura said in the report.

India's decision to partially relax the lockdown highlights the growing trade-off faced by developing countries of the economic costs of a lockdown versus health.

The report said that outside of the administrative challenges in dealing with partial relaxations, relaxing the lockdowns too early could risk a resurgence in cases and a need to extend the lockdowns again.

"Hence, the sustainability of the growth recovery hereon will not only be contingent on how quick the reboot is, but how successfully the epidemic curve flattens," according to the report authored by Sonal Varma and Aurodeep Nandi.

The decision to relax restrictions in rural areas is aimed at maximising activity as the rural areas currently have lower infection cases.

"However, policies will need to be nimble because infection rates could resurge," the report said.

India is currently nearing 13,000 Covid-19 cases and the top five states with the largest number of cases -- Maharashtra, Delhi, Tamil Nadu, Madhya Pradesh and Rajasthan -- account for 63 per cent of the total cases in the country.

The daily new cases have risen at a rate of 10 per cent day-on-day in the past seven-day average, although it has moderated below 10 per cent in the last two days.

"Relaxing the lockdowns too early could risk a resurgence in cases and a need to extend the lockdowns again. Hence, while the economy is being partly opened up, we need to closely monitor how the epidemic curve pans out as that will determine the durability of economic activity," Nomura said.

"We are also concerned how the rollout of a partial lockdown will be implemented, as monitoring of movements of people and industries will require considerable administrative strength.

"Some of the exempted districts may be producing input goods, while some of those shut down could be consuming finished goods -- so an additional challenge will be the sustainability of the lockdown as pressures emerge on connecting the supply side of the economy to the demand side," the report said.

Estimates assume that the ï¿½hotspot' districts, which account for over 37 per cent of the national GDP, will remain under lockdown.

Of course, not all districts will be allowed to operate -- only the ones in the green zone and partial operation in districts in the non-hotspots -- while the ones identified as hotspots will remain under strict lockdown.

The choice of sectors is heavily skewed towards the rural economy -- this is because the Covid-19 outbreak so far in India has been largely an urban phenomenon.

It also allows the government to maintain food production with the Rabi (winter) crop harvest season ongoing, while ensuring employment for a large swathe of daily wage earners.

The report notes that unshackling the rural economy will most likely represent a significant relaxation of the lockdown if the number of non-containment zones is adequately large.

The other target areas picked are those that are known to be growth and employment multipliers such as IT and ITeS, cargo transportation and manufacturing.

In the case of manufacturing, while the government has attempted to focus on select industries, granting exemption to all units located in rural areas, along with those in SEZs and industrial parks, may represent a fairly extensive relaxation.

Indirect effects are likely to play out, even after the lockdown ends. Social distancing measures will remain in place to prevent the infection from spreading. The public fear factor itself will lead to consumers avoiding public places.

The significant hit to corporate profits, especially for micro, small and medium-sized enterprises (MSMEs), will lead to a cut in capex plans and jobs -- the latter already visible in data, the report said.

The weak job market and lower salaries will hit discretionary consumption. Roughly 77 per cent of India's workforce is employed in the unorganised sector (either self or casually employed), and represent a majority of the workers across most sectors. IANS