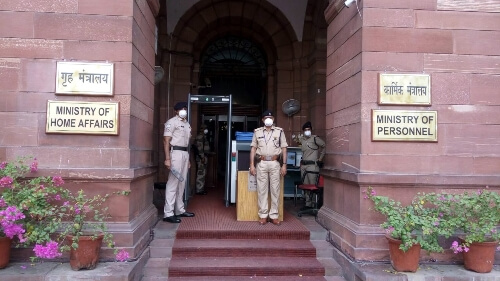 The Centre on Wednesday lifted restrictions on construction activities along with other sectors in a limited manner, with effect from April 20.

In an order, the Ministry of Home Affairs announced lifting of curbs on construction of roads, irrigation projects, buildings, and industrial projects, including MSMEs, in areas outside municipal limits and all kinds of projects in industrial estates.

It has also ordered continuation of construction projects, within the municipal limits, where workers are not required to be brought from outside. Construction of renewable energy projects has also been allowed.

The construction industry and real estate developers have applauded the staggered opening of construction activities.

Allowing phasewise reopening of economic activity with precautions was the right step to refuel the economic growth trajectory, he said. "The relaxation has come at the right time as the situation was grim to keep construction workers at the site afloat," Hiranandani said.

With this order, the economic drivers would start moving again even if the lockdown was extended, he said.

Considering the estimated loss of Rs 26,000 crore a day to the Indian economy due to the lockdown, this relaxation was a constructive step, he added.

Anuj Puri, Chairman of Anarock Property Consultants, said the guideline clearly stated that no construction worker would be brought from outside and only those available on the site could be used. "The move to start some construction activity, even with limited workforce, is certainly welcome, he said.

Puri, however, said since many workers had left for their villages after announcement of the lockdown in March it would have to be seen how many were there to resume work. Migrant labourers account for 80 per cent of the 4.4 crore workforce in the construction sector.

The order didn't spell relief for the construction industry in the Mumbai Metropolitan Region (MMR) as it was among the coronavirus hotspots.

"As far as construction activity in non-hotspots is concerned, developers will need to focus on projects that are nearing completion and have a completion deadline within 2020," he said.

Last week NAREDCO had said the real estate sector had lost over Rs 1 lakh crore due to the lockdown.

"Over 49 million people, close to 12 per cent of nation's working population, are employed by the construction sector. Hence, to expedite recovery from the economic impact of Covid, revival of the sector is vital.

"Given the limitations around available capital, resources and necessary health safeguards, both project owners and contractors will have to have clear strategies and respond effectively to the four critical questions -- How to prioritise projects given the constraints? How to minimise the impact of Covid-19 and make projects viable again? How to build resilience and safeguard projects from future emergencies? How to minimise disruptions to the construction process from future disputes and claims?" said Chintan Patel, Partner and Leader - Building, Construction and Real Estate, KPMG in India.

Prime Minister Narendra Modi on Tuesday announced extension of the nationwide lockdown till May 3, however, with relaxations to some sectors. IANS