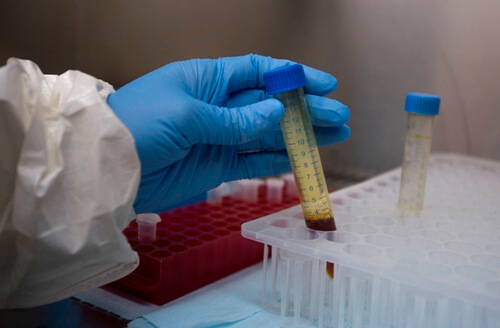 A welcome relief for the state health authorities, Maharashtra has seven out of 35 districts which are free of COVID-19 infections -- with not a single case reported till April 15, officials said.

There's Solapur district, which has no case so far, though the Solapur city has reported one case, as per the latest government data.

These untainted districts are designated as the 'Green Zone' in the state and now all-out efforts are underway by the district and state authorities to ensure they remain free of the corona scourge.

Surprisingly, most of these districts are practically encircled by other districts, which have been affected by COVID-19, some of them badly, like Nagpur -- which is bordered by three clean districts, Bhandara, Chandrapur and Wardha.

The pilgrim centre of Nanded is surrounded by Latur, Yavatmal, Hingoli which have had Covid-19 cases, and unstained Parbhani has other surrounding districts hit by the virus.

The tribal district of Nandurbar on the northern corner bordering Gujarat and Madhya Pradesh is flanked by only one affected district to the south -- Dhule.

Similarly, the unscarred Gadchiroli and Bhandara districts share borders with Gondia, among the least affected with just one case so far.

However, Gondia may change colour soon after the Union Health Ministry announced on Tuesday that it was among 25 districts in the country where no new Covid-19 cases have been reported since the lockdown.

There's the 'Red Zone' or those districts with a significant number of Covid-19 cases, or those like Mumbai and Pune which are considered as 'hotspots'.

At least three districts could have escaped a colour tag, but some persons who had attended the Tablighi Jamaat event in Delhi were found positive there.

The maximum deaths and infections have been reported from the country's commercial and glamour capital Mumbai, followed by Pune, the state's academic, cultural and IT capital.

Interestingly, Maharashtra has also notched the highest Covid-19 mortality rate which surpasses the global death rate till date, as per current data released by the state's Public Health Department.

Taking serious note of the increasing coronavirus fatalities, Health Minister Rajesh Tope on Tuesday set up two high-level expert committees, one for Mumbai and another for the state, to probe the cases of the high number of deaths and suggest remedial measures.

"The Mumbai committee is headed by Dr. Avinash Supe and the state committee with six experts is headed by Director-Health, to advise the government how to reduce the number of mortalities in Maharashtra," said Tope. IANS

'One third of India's oxygen production concentrated in eastern region'