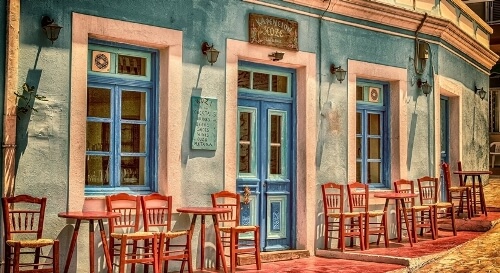 The National Restaurant Association of India has written a letter to Amitabh Kant, Chief Executive Officer of Niti Aayog, for urgent relief for the sector.

With an annual turnover of approximately Rs 4 lakh crore and providing direct employment to over 7 million Indians, the restaurant industry is fighting a grim battle for its basic survival.

NRAI had earlier written a letter to the Hon'ble Finance Minister on March 21, 2020 seeking for some immediate relief to support those employed in the sector and small marginal suppliers.

With the extension of lockdown across the country, NRAI reckons that if there is no interim relief provided now, situation may lead to some social unrest as well, adding that the business will take 9-12 months post opening to stabilise.

In the letter, the issues have been bifurcated into three distinct categories -- people issues, operating support and policy support.

Anurag Katriar, President of NRAI and CEO & Executive Director of deGustibus Hospitality Pvt. Ltd said: "We being employers to a massive seven million Indians, do feel that it is our responsibility to convey and express our serious concerns to the government. I am absolutely certain that a seasoned and super-efficient officer like Shri Amitabh Kant will do the needful to not only save the industry from an imminent collapse but will also provide it a robust policy framework that will eventually propel the sector into growth trajectory in the post-Covid era."

He further added: "Our people concern needs first attention, while issues around operating needs and policy support, also need to be addressed before the lockdown gets lifted for the sector."

Some of the salient demands of the NRAI mentioned in letter are:

The NRAI has made recommendations for an unemployment pay cover to all employees covered under the ESIC Act in full till lockdown and 50 per cent post that till March-2021. It can also be a mix of cash and free food grains/essentials.

It has requested to extend the purview of the scheme announced by the Finance Minister wherein PF contribution of both employers and employees is being borne by the government, to now cover a) companies having up to 1000 employees b) Salary limit to be in line with the minimum wages paid to a skilled labour in the state c) Companies should have at least 50% employees working at minimum wages level. With a view to help the finances of its employees, NRAI also recommends enhancing the withdrawal limit from PF up to six month's gross salary with a max cap of Rs 3,00,000.

It has also requested extending moratorium on retail loans by employees to help them with their cash flows.

NRAI requests complete waiver of all license fees and minimum rent for utilities for the entire period of lockdown or six months, whichever is higher. All renewals of license, permits and registrations to be put in abeyance for six months. NRAI has also sought a discount in utility rates as a part of the revival package and continues to seek deferment of all statutory payments for managing cash flows.

For immediate working capital need post COVID-19, NRAI requests for easy availability of working capital loans at preferred rates and without asset collateral. It also reiterates it's earlier demand for early settlement of all insurance claims

The NRAI has also requested for an immediate restoration of Input Tax Credit on GST. The letter says that the annulment of the input tax credit facility is unfair and hurts not only the restaurants' operating costs but also their ability to invest in new projects.

The letter calls for a robust and fair e-commerce policy, which not only protects the traditional businesses but also allows them a fair opportunity to trade on these platforms on equitable terms. It says that restaurants need a platform where the buyer and seller decide the terms for transaction and not the platform per se.

The NRAI has also called for the creation of Mega Restaurant Hubs in line with Mega Food Parks, as envisaged under the PMKSY Scheme, by extending the scope of this scheme to the Service Sector as well.

Taking this approach, the letter points out, will create revenue and employment and will also bring in fresh investments into the sector. "The role of F&B in promoting tourism is massive and we must work accordingly," exhorts the letter. It also calls for encouraging domestic investments into start-ups in service sector and to eventually shun the foreign investment mind-set. "Promote domestic risk capital by giving favourable exit preference by tweaking the capital gain taxation," urges the letter. IANS