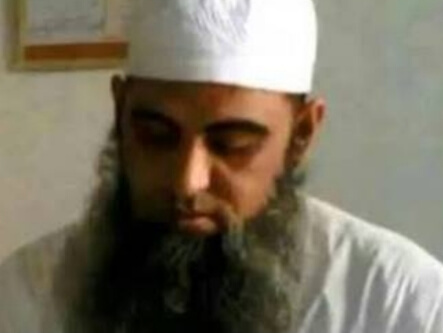 Maulana Muhammad Saad Kandhalvi who is at the centre of controversy for holding a congregation of the Tablighi Jamaat despite prohibitory orders from the government is living in self quarantine at the residence of his close associate in south east Delhi, said sources.

The Maulana most of the time lives in the Markaz residence or at his ancestral home in Kandhla, said sources. Markaz Chief is said to be apolitical but has been controversial since he made way to the top post contrary to the advice of the shura which led to the division of Tablighi Jamaat.

The Delhi Police Crime Branch issued second notice to the Markaz Chief under section 91 of the CRPC, but not sought his personal appearance, his lawyers said.

Markaz Chief lawyer Fuzail Ahmed Ayyubi said, "Pursuant to the registration of FIR, Markaz has extended its cooperation to all steps undertaken by the police authorities."

In future as well full cooperation will be extended by Markaz with regard to the investigation in the said matter.

The Markaz has been at the centre of the storm as the government has quarantined at least 25000 Jamaat members in different states and is still trying to trace all contacts.

The Congress has sought an inquiry into the whole issue. Rajasthan Chief Minister GAshok ehlot said, "A sitting or retired judge of the Supreme Court should conduct an inquiry so that the truth should come out as to who was at fault."

He said that the issue should not be communalised, as every Indian is united in the fight against the deadily disease.

Slamming the government Gehlot said, Rahul Gandhi raised the issue on February 12 and if government had stopped the people from coming to India or screened them properly at the airports, the Virus would not have spread so much.

But there are questions that should be answered - "why the National security advisor Ajit Doval went to the markaz at 2 a.m. in the night and talked with the Maulana and he should tell what transpired between them." asked Surjewala. IANS