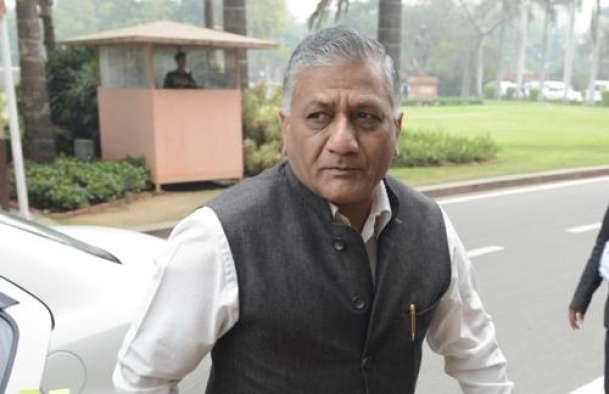 BJP allies HAM and RLSP in Bihar on Friday criticised union minister V.K. Singh's dog analogy while speaking on the Dalit killings in Haryana ahead of the crucial third phase of the five-phase state assembly polls on October 28.

"It is highly condemnable and objectionable. I urged Modi to take action against him for such irresponsible remark on the Dalit killing," Manjhi, a Dalit leader, told media here.

Manjhi said such a development pained not only him but the entire Dalit community.

Another BJP ally, Rashtriya Lok Samata Party chief and union minister Upender Kushwaha termed Singh's remark on the Dalit killings as very wrong. "It is not proper to say anything that hurts others."

Kushwaha also tried to distance his party from Singh's remark.

However, the BJP's third ally, the Lok Janshakti Party of union minister Ram Vilas Paswan is yet to react to Singh's remark. Like Manjhi, Paswan is also a Dalit leader.

Singh, an ex-army chief, triggered a huge row on Thursday when he used an analogy of stoning a dog while commenting on the burning of two Dalit children in a Haryana village by upper caste villagers. - IANS