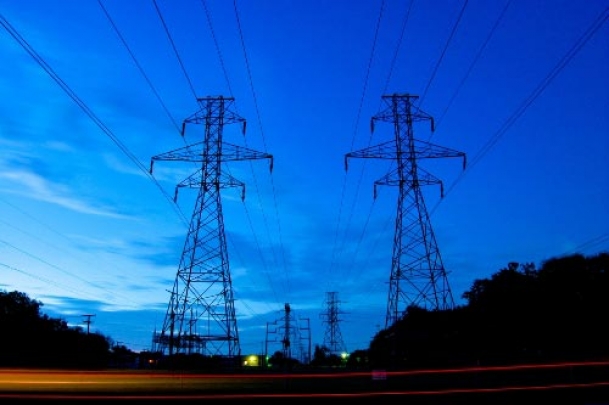 With the mega India-Africa summit in New Delhi later this month, India is eyeing a 2,600 GW pie over the next 10 years in Africa, which has 13 percent of the world's population but 48 percent of the global population without access to power.

"There are immense opportunities to the tune of 2,600 GW over the next 10 years which would result in a number of transmission line projects," Vijay Kumar Chohan, executive director for international operations at Bharat Heavy Electricals Limited (BHEL), told stakeholders at a meeting organised by the EXIM bank.


Yaduvendra Mathur, the chairman and managing director of India's EXIM Bank said it has, in collaboration with the African Development Bank, set up a Project Development Company (PDC) in Africa to identify and develop infrastructure projects to provide the Indian private sector an opportunity to invest in and implement such projects.

Africa's situation is dire as international consulting firm McKinsey has pointed out that from an electricity-access point of view, the sub-Saharan region's situation is the world's worst.

The only other region with an imbalance similar to Africa is South Asia, with 23 percent of the world's population and 34 percent of the people without access to electricity.

Given the EXIM Bank's efforts, it looks like Indian companies may be able to tap into a market that Mckinsey has projected will consume nearly 1,600 terawatt hours by 2040, four times what was used in 2010.

"That forecast is based on a number of important factors, including a five-fold increase in GDP, a doubling of population, electricity-access levels reaching more than 70 percent by 2040, and increased urbanization," the report added.

"The stakes are enormous. Indeed, fulfilling the economic and social promise of the region, and Africa in general, depends on the ability of government and investors to develop the continent's huge electricity capacity," McKinsey said.

It said, the only countries that have electrification rates of less than 80 percent with GDP per capita greater than $3,500 are those with significant wealth in natural resources, such as Angola, Botswana, and Gabon. But even they fall well short of economic prosperity.

The report said, sub-Saharan Africa is incredibly rich in potential power-generation capacity. It estimated that, the continent has a 1.2 terawatts of capacity; including solar, there is a staggering 10 terawatts of potential capacity or more.

If every country builds what it needs, McKinsey estimated that the region would require about $490 billion of capital for new generating capacity, plus another $345 billion for transmission and distribution. - IANS