Goa from the skies - new offering for tourists 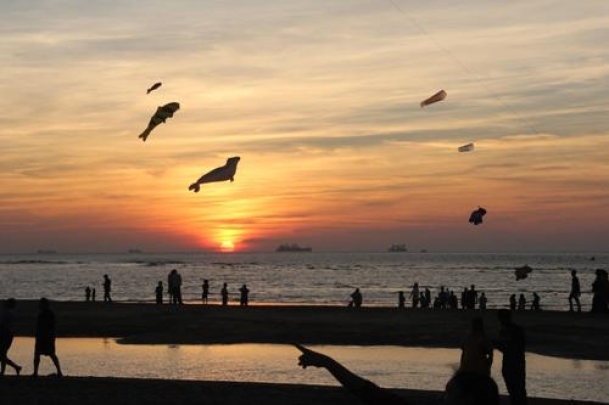 So you've swum and lounged on a Goa beach. You've partied and sampled Goa's nightlife. You've been to the state's temples, churches, waterfalls and forests. Shell out Rs 2,000 more and you'll soon be able to view the splendour of the western Indian beach tourism destination from up in the sky.


The seaplane service, which is all set to be operational ahead of this year's tourism season, will also be of great assistance in search and rescue missions as well as to address coastal security concerns, Goa Tourism Development Corporation chairperson Nilesh Cabral told IANS here.

Seaplanes, according to Cabral, are the next big offering from Goa Tourism, which he said is committed to expanding the state's reputation as solely a beach tourism destination to one with multiple offerings like avi-tourism, heli-tourism, hotair ballooning and the like.

"The first seaplane which will operate in Goa is a four-seater. We have already finalised the landing and take-off area along the Mandovi river near Old Goa, which is away from the river's main operational channel," Cabral said.

The five-century-old church complex at Old Goa, located 10 km from Panaji, is one of the most popular stops on a tourists' itinerary and provides for a picturesque backdrop for the new project.

With time, Cabral said, a 12-seater plane would be pressed into service and more landing and take-off facilities identified and earmarked.

According to tourism officials here, Goa is the second state after Maharashtra to allow seaplanes for tourism purposes. The state has a 105-km-long coastline which is dotted with beaches that are popular with both domestic and foreign tourists.

Goa attracts every year three million tourists, of whom half a million are foreigners. The state's tourism season starts in October and winds up in March.

The seaplane project is being worked out on a public- private partnership mode and key issues like clearances, security and ticket pricing are being worked out in consultation with the tourism department and other state government ministries, Cabral said.

Mumbai-based private aviation company Mehair will be operating the seaplane for the state tourism ministry.

"Each seat in the four-seater plane will be priced at Rs. 2,000 per passenger. Once we get the bigger 12-seater, the price per passenger will drop by as much as 30 percent," Cabral said.

Cabral also said that while the seaplane will service tourists, the facility could also be used for quick search and rescue operations as well as come to address coastal security issues.

"The plane takes off easily and can be used in case it is needed for a quick rescue at sea. It can also help be pressed into service for coastal security matters," Cabral said.