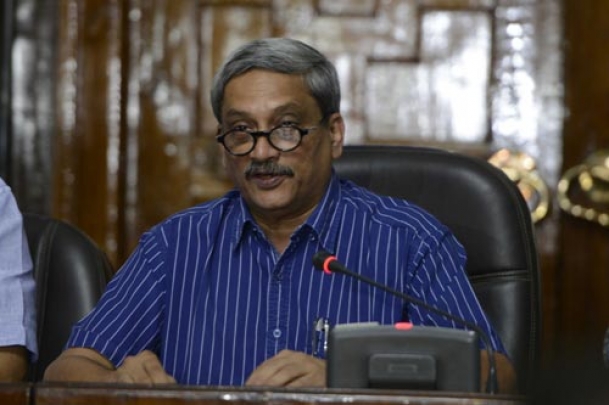 Putting an end to months of speculation, the government on Saturday announced it will be implementing 'One Rank One Pension' (OROP) for the armed forces, even as the veterans said they were not fully satisfied with the scheme.


Parrikar said an order implementing the scheme was likely to come in a fortnight to a month.

The minister squarely blamed the previous Congress-led government for miscalculations on OROP, and said it led to the delay in its implementation.

He also quoted a reply by a former minister of state for defence in parliament in 2009, who had said "there are administrative, technical and financial difficulties in implementing OROP".

"It is for these reasons that the present government took some time to fulfill its promise," he said.

The scheme announced by the government will take 2013 as the base year to calculate pensions.

"Pensions will be re-fixed for all pensioners retiring in the same rank and with same length of service as the average of minimum and maximum pension in 2013," Parrikar said.

Those drawing pension above the average will be protected.

Parrikar said the government came to power on May 26, 2014 and the budget came in June, so the date of implementation will be immediately after that, which was July 1, 2014.

The period for review is five years, something that has been a major sticking point.

Another major issue is that the government's scheme is not for those who seek voluntary retirement, even though Parrikar said that those who are forced to take retirement due to injuries obtained during service will be protected.

The arrears are to be paid in four instalments, at a gap of every six months.

To war widows, the arrears will be given in one instalment.

Rao Inderjit said veterans above 60 years of age will also get arrears in one go.

Announcing the scheme, Parrikar said the government was dedicated to the scheme which has been pending for "40 years".

"The issue of OROP has been pending for nearly four decades. It is a matter of deep anguish that various governments remained ambivalent on the issue of OROP," said Parrikar.

Protesting ex-servicemen on Saturday said they were not "fully satisfied" with the OROP scheme announced by the government as all of their demands were not met.

"Though we welcome the implementation of the OROP by the government, we are not fully satisfied as they have not accepted the six points demanded by the ex-servicemen," Maj. Gen. Satbir Singh (retd), who has been spearheading the campaign for OROP, told the media at Jantar Mantar shortly after Parrikar's announcement.

He said a decision on the future course of their agitation would be taken later in the evening.

In the government press conference, Parrikar blamed the previous Congress-led government, saying they promised implementation of OROP in 2014-15, but "did not specify what OROP would be, how it will be implemented or how much it will cost".

"An estimated Rs.500 crore provided for OROP in the budget presented in February 2014 by the then government was not based on any calculation," he said.

"The reality, however, is that to implement OROP the estimated cost to the exchequer would be Rs.8,000 to Rs.10,000 crore at present, and will increase further in future," he said. - IANS