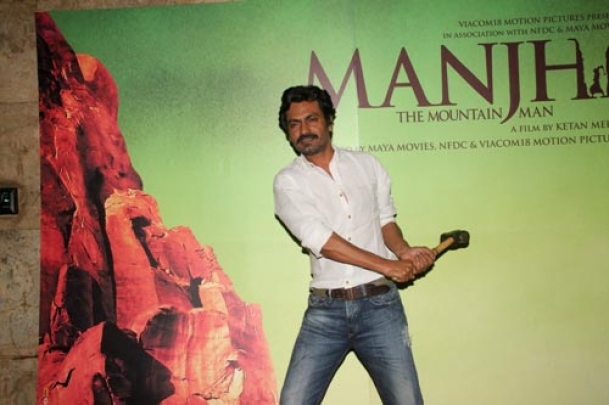 The members of Dashrath Manjhi's family were happy like never before after watching 'Manjhi-The Mountain Man', a biopic based on Manjhi's life, at a cinema hall in Bihar's Gaya district.

The Bihar government had exempted this film from entertainment tax. The idea was to get the maximum number of people to watch it, officials said.


After watching the film, Manjhi's son Bhagirath said: "We are happy to see Baba's (father) real story in the shape of a film. It will help the next generation to know his rare and dedicated hard and selfless work."

Another family member Mithun Manjhi said he never thought of such a beautiful film on his grand father's work.

Though thousands of people across Bihar watched this film in different cinema halls but in Gaya, the main attraction was the Mountain Man's family, who were welcomed by one and all when they arrived for the show.

Four days ago, Nitish Kumar watched the film here in the presence of its director Ketan Mehta and lauded it.

In Patna, former chief minister Jitan Ram Manjhi also watched the film along with his party leaders at a cinema hall on Friday.

"This film has rightly depicted the real story of Dashrath Manjhi, he should be given Bharat Ratna as a recognition for his work," Manjhi said.

The Nawazuddin Siddiqui-starrer is a biopic on Manjhi, a resident of Gehlaur village in Gaya district.

The 'Mountain Man' had single-handedly cut through a hill to make a road for his village. Manjhi died in 2007 in his early 80s. - IANS