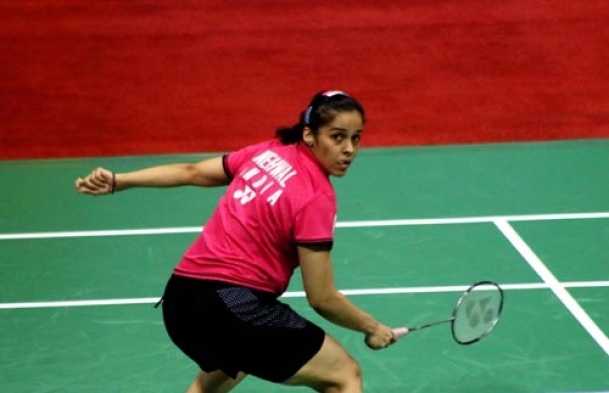 Indian badminton ace Saina Nehwal came out with a sensational performance on Friday to enter her maiden women's singles semifinal at the World Championships and assure herself of at least a bronze medal here.

In a marathon match that lasted for an hour and 12 minutes at the 9,000-seater Istora Senayan, the second seeded Hyderabadi defeated former World Champion Yihan Wang of China 21-15, 19-21, 21-19 to advance to the last four for the first time at the World meet.


This was World No.2 Saina's only third win out of 12 meetings against the former World No.1 and also her second consecutive win after also trumping the Chinese at the All England Open in March.

Saina will take on local girl Lindaweni Fanetri against whom the Olympic bronze medallist has a 2-1 advantage in career meetings.

The 25-year-old Indian has been having a go at the Worlds every year since 2009 and each time she faltered at the quarterfinal stage.

Losing semifinalists at the World Championships are assured of a bronze medal while the finalists fight it out for the gold.

Indian shuttlers have won only four bronze medals at the prestigious championships till date. Prakash Padukone became the first Indian to win the metal in 1983 in men's singles. India had to wait for another 28 years when the women's doubles pair of Jwala Gutta and Ashwini Ponnappa clinched the bronze in 2011.

Since then, women's singles specialist P.V. Sindhu won two back-to-back bronzes in 2013 and 2014. And now, Saina has assured herself of at least a bronze this time around. - IANS