I am in the form of my life: Parupalli Kashyap 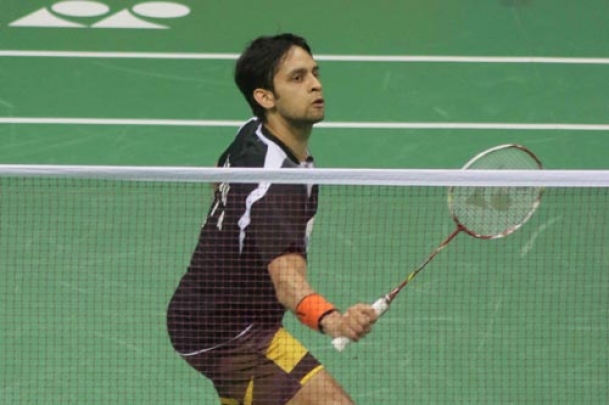 Reigning Commonwealth Games champion Parupalli Kashyap says he is in the form of his life and is eager to make a mark at the World Badminton Championships in Jakarta from August 10 to 16.

"I am at the peak of my career. I mean look at Lin Dan or Lee Chong Wei: they reached their best shape at 28. I am 28, I am in the best form of my life, I see no reason of not doing well. I am feeling good about my body; I am perfectly fine. I will be fighting hard to win matches," Kashyap told IANS in an interview.


The World No.10 will be starting his campaign at the Worlds against World No.81 Erik Meijs. The Hyderabadi has a 1-0 lead in career meetings over the Dutchman but following the first round, the going will get tougher.

"It depends on how I play. I am playing well at the moment. The draw is quite tough. I might end up facing Kento Momota in the pre-quarterfinals. He has won a couple of tournaments this year; so he will be confident. Before that I will be facing Erik and the winner of the match between Tien Minh Nguyen and Lee Dong Keun. Both are very tough competitors. Let us see what happens," said Kashyap.

"I will be taking it round after round and not be silly to just dream that I will achieve this or that. The play will depend on my form and the conditions there. Of course, every one wants a World Championship medal at the end of the day. I will try everything in my capability to win it."

The former World No.6 had a brilliant start to the year when he won the India Grand Prix Gold in January. But the three-time Commonwealth Games medallist has not been able to maintain the same level since then.

"It has been tough as I have been playing with injuries. Twice, post the title win, I injured myself and both times I was out for around two to three weeks. Then obviously you take time to get back in shape. I first had an abdominal tear and later in the year I pulled my hamstring," said the 28-year-old.

"That win in Lucknow was very good because it gave me a lot of confidence. But unfortunately the injuries just took everything away and I had to start from scratch. I almost did not play for a month then and I became rusty. In the following tournaments I played well but had some very close matches."

The right-handed Kashyap will be trying his best to become only the second Indian male to clinch a Worlds medal after the legendary Prakash Padukone.

Indian shuttlers have won four bronze medals at the annual World Championships till date. Padukone became the first to clinch the metal in 1983 in the men's singles.

India next brought home a medal after 28 years when women's doubles pair of Jwala Gutta and Ashwini Ponnappa clinched the bronze in 2011. Women's singles specialist P.V. Sindhu then won two consecutive bronze medals in 2013 and 2014. - IANS