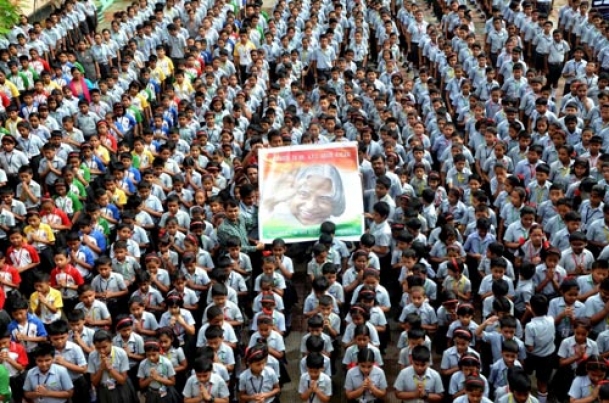 Jayalalithaa said she has ordered institution of 'Dr. A.P.J. Abdul Kalam Award' with a prize money of Rs.500,000 and an eight gram gold medal.


She said the award would be given to a person who is a resident of the state and working for the development of science, student welfare and humanity.

According to Jayalalithaa, the award would be given from this year onwards on Independence Day.

He was laid to rest on Thursday in Rameswaram with full military honours. He died on Monday in Meghalaya's Shillong city following cardiac arrest. - IANS